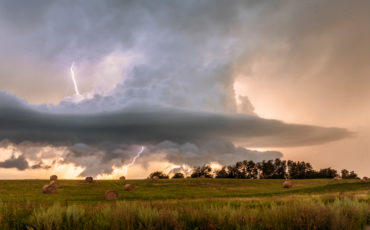 The IED contains 2016 and 2017 year-end estimates of Canadian industry property sums insured by:

“The unprecedented level of detail available in the platform will drive improved modelling, benchmarking and risk-transfer solutions that will definitely contribute to market efficiency,” CatIQ CEO Joel Baker says. “CatIQ has recently been selected as a reporting agent for an ILW [Industry Loss Warranty], and we expect more such transactions now that the IED has been released.”

Industry Loss Warranties are a type of reinsurance or derivative contract in which a buyer purchases protection based on a total loss to the industry instead their own losses. For example, an ILW buyer may receive a certain limit of protection once a threshold or “trigger” of industry losses is reached. For example, a buyer might purchase from a reinsurer $100 million of coverage that is triggered when total industry losses for an event reach $20 billion.

Catastrophe bonds are triggered by industry-based triggers and trade with reference to pricing in the ILW markets.

CatIQ’s IED is based on detailed exposure submissions from a majority of the Canadian Insurance market. Consistent with PERILS’ methodology, CatIQ’s IED will be refreshed annually each spring effective 2019. PERILS, which now operates in 16 countries, is an independent Zurich-based reporting agency launched in February 2009 to aggregate and provide industry-wide catastrophe insurance data.

With the support of participating insurers, effective immediately, CatIQ will be producing industry loss estimates at the Canada Post Forward Sortation Area level as follows:

The first such industry loss estimates will be released in August 2018 for the 2016 Fort McMurray Fire and the damaging windstorm that occurred in early May 2018 across southern Ontario and Quebec.

“We are delighted to have partnered with CatIQ to establish the IED for Canada,” says Luzi Hitz, CEO of PERILS. “The industry exposure data provides an ideal benchmark against which industry loss data can be compared. The resulting damage ratios can then be correlated with physical intensity measures, making it possible to derive valuable information about the damageability of insured property assets.”

More News
Related
Nearly $3.6 billion in insured losses from Fort McMurray wildfire: CatIQ
Disasters at ports can cause ‘major accumulated losses across multiple lines of business,’ Swiss Re warns
Insured losses from Japan earthquakes in April could be between US$1.7 billion and US$2.9 billion
Cyclones Debbie, Cook in New Zealand combine to produce insured losses of NZ$84 million so far