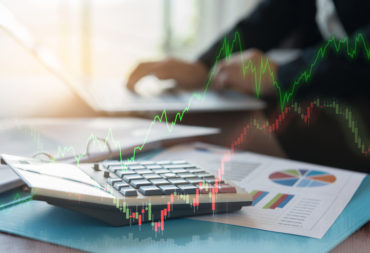 The cost of repairing vehicles with advanced technologies is one factor driving up claims costs, Somerville said. Another major factor is distracted driving.

Canadian Underwriter also contacted the country’s third and fourth largest auto insurers, Desjardins and TD Insurance (which write home and auto through Security National). Neither TD nor Desjardins were willing to share their plans for rate filings this year.

In a Feb. 7 conference call with analysts, Darren Godfrey, senior vice president of personal lines for Intact Insurance, said the insurer is “expecting a further 5% [increase] in rate” in 2018. “We have already received approval for additional rate increases to date in 2018, and we have a number of further filings currently with regulators for approval and will continue to evaluate and apply for further rate increases if necessary,” he said.

Distracted driving is a significant factor driving up claims costs, Somerville said Thursday. “It is not limited to people on their cellphone,” he said. “There are lots of activities that go on in a car that are unacceptable as far as directing people [away] from what they should be paying attention to.”

North American data suggest collisions are becoming more violent, Somerville observed. The role of distraction is illustrated by the fact that fewer accidents show signs of skid marks leading to where vehicles collided, suggesting that braking did not occur until too late, if at all.

“Both of those are proxies for people not paying attention, and obviously not even attempting – or having limited benefit of the driver attempting – to slow down before hitting something,” Somerville said. The insurer is seeing the phenomenon happen across the country, and the company is at various stages of its analysis of the impact on pricing, Somerville said.

He added Aviva is trying to “educate” regulators on “what’s required in rate relief.”

More News
Related
Why it costs more to fix your insured’s car (Hint: it’s not just the gadgets)
What Ontario needs to do to reduce auto insurance costs
Auto personal accident loss ratio up for fourth year in a row in Canada: A.M. Best
Safety gadgets driving up insurers’ auto repair costs

5 Comments » for “No question” that Aviva Canada plans to hike auto rates: CEO