Discounts on auto insurance for clients with an autonomous emergency braking system could get harder to find.

In Nova Scotia, Wawanesa Mutual Insurance Company offers a 15% discount for vehicles with a model year of 2010 or higher that have a factory-installed autonomous emergency braking system. The insurer is proposing to remove the discount for collision and direct compensation property damage (DCPD), the Nova Scotia Utility and Review Board [NSURB] wrote in a ruling released July 11. 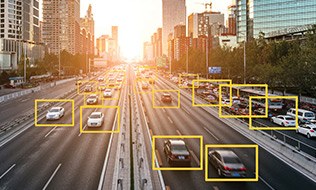 For vehicles with autonomous emergency braking, Wawanesa plans to keep the 15% discount in place for bodily injury and accident benefits, but not for collision and DCPD, NSURB noted. This is because the higher cost of repairing parts associated with autonomous emergency braking “erodes the benefits” that those same systems provide in reducing frequency of collision claims, NSURB member Jennifer Nicholson wrote in the decision.

“Wawanesa believes there are benefits from the reduction in the severity of claims for bodily injury and accident benefits that warrant the discount being continued for these coverages,” wrote Nicholson.

Other insurers structure their discounts the same way Wawanesa is proposing, added NSURB, which approved all changes for which Wawanesa applied. Those changes will result in an overall increase of 9.4% across the insurer’s private passenger auto book of business in Nova Scotia.

In Nova Scotia, DCPD is mandatory. It pays for damage to the insured vehicle, its contents, and loss of use due to an accident when the insured is not at fault.

Automatic emergency braking is only one of the semi-autonomous or driver-assist technologies available on some of today’s vehicles. Some also come with forward collision warning, lane departure warning, intelligent cruise control, and blind-spot warnings.

But these technologies rely on sensors such as cameras; those sensors tend to be installed on parts of the vehicle that are prone to damage even in minor collisions, wrote Paul Kovacs, then-CEO of the Property and Casualty Insurance Compensation Corporation (PACICC), in an earlier paper commissioned by the Insurance Institute of Canada.

This has been a concern for several major auto insurers, including Aviva Canada. “Until we have a significant portion of the cars on the road with that capability, the cost to repair those vehicles hasn’t caught up with the benefits that we are going to derive from them as an industry and as a society,” Greg Somerville, then-CEO of Aviva Canada, told Canadian Underwriter earlier of driver-assist safety features.