One in five fatal road crashes in Ontario between 2012 and 2016 involved a transport truck, the Ontario Provincial Police (OPP) reported late last week. 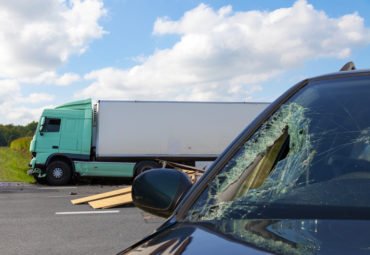 Among the 1,342 fatal motor vehicle collisions on OPP-patrolled roads between 2012 and 2016, 266 involved transport trucks, provincial police said in a press release. During that same five-year period, 330 people died; the majority of victims were occupants of other involved vehicles. According to OPP data, 44 of the crash victims were drivers of the transport trucks, compared to 286 victims who were in cars and other smaller vehicles.

More recent data reveals that over the past three years, a significant number of collisions were caused by transport trucks in poor operating condition, OPP added in the release. Between July 2014 and June 2017, 344 collisions involved defective transport trucks, six of which were fatal and 37 of which resulted in injuries.

Damaged axles, blown tires or detached wheels, faulty brakes, defective hitches and unsecured loads are just some of the many factors in truck-related crashes, the provincial police reported. “At times, unsecured loads or truck equipment flying into the path of other vehicles produced tragic consequences,” the release said. The provincial police noted that “while the OPP sees many safe transport truck drivers on Ontario roads, those who are not safe have far greater potential to cause death in the event of a collision than drivers of smaller vehicles. Serious crashes often result in hours-long highway closures and traffic delays as police carry out collision investigations and clear these large vehicles from the road.”

The results came as OPP launched this year’s Operation Corridor campaign on June 15 and 16, to shed more light on the prevalence of transport trucks and their impact on other road users.

“A lot can go wrong when large commercial transport trucks are not driven safely or have unsecure loads and defective equipment,” OPP chief superintendent Chuck Cox, divisional commander of the Highway Safety Division, said in the release. “Our data shows that the outcome for other vehicle occupants involved in transport truck-related collisions is often fatal and catastrophic. For this reason, Operation Corridor is an important campaign to ensure transport truck drivers are safely operating and diligently maintaining their rigs at all times.”

1 Comment » for One in five fatal road crashes in Ontario involves a transport truck: provincial police