The government of Ontario announced on Wednesday that it has launched the Autonomous Vehicle Innovation Network (AVIN) in Stratford, Ont., a “unique demonstration zone” that is among the first of its kind in Canada to “allow researchers to hone the technology and test an AV in a wide range of everyday, real-life traffic scenarios.” 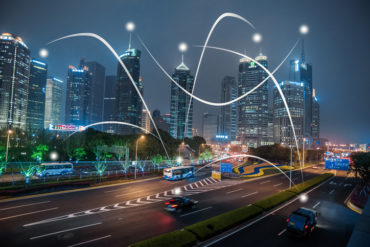 Ontario Premier Kathleen Wynne officially opened the AVIN demonstration zone on Wednesday, seeing “first-hand how the space will help researchers continue to improve this cutting-edge technology,” the Office of the Premier said in a press release. The province is partnering with Ontario Centres of Excellence in AVIN, which will bring together industry and academia to capitalize on the economic opportunities of connected and autonomous vehicles (C/AV), while developing the emerging technology and infrastructure.

The demonstration zone is a site where technologies may be “tested, validated and showcased in live scenarios in accordance with applicable laws and regulations using vehicle platforms such as city buses, fleet vehicles and OEM vehicles,” according to AVIN’s website.

C/AV technology – with links with other vehicles, transportation infrastructure and mobile devices, giving drivers easier access to the information they need to driver safely – has the potential to improve road safety and fuel efficiency, minimize driver distraction, and reduce traffic congestion and greenhouse gas emissions, the release noted.

In addition to the demonstration zone, AVIN includes a:

The provincial government is investing $80 million over five years in AVIN, the release said, adding that more than 150 Ontario companies and organizations are active in the province’s C/AV industry, employing almost 10,000 people. “Ontario is uniquely positioned to lead in C/AV technologies and to attract related investments and jobs” as it is “North America’s top vehicle-producing jurisdictions, and second only to California for information and communications technology companies,” according to the Office of the Premier.

“AV technology is advancing at an incredible pace,” Wynne said in the release. “There’s no doubt that the cars of the future will soon be our reality in Ontario and around the world.”

On July 31, Ontario and Michigan announced that they were completing North America’s first cross-border automated vehicle test drive. The test drive began in Detroit and continued from the Ontario cities of Windsor and Sarnia before crossing back over the border, the Ministry of Transportation said in a statement at the time. The drive concluded in Traverse City, Mich. with the signing of a new agreement between the province and state to continue collaboration in testing, developing and marketing automated and connected vehicle technology.