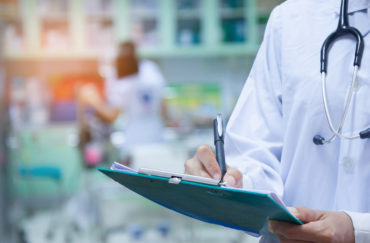 The province wants these centres “to be neutral, independent and have high standard,” insurance defence lawyer Philippa Samworth said Wednesday in an interview. “That is almost the exact wording we had when we rolled out the DACs.”

A weakness in the DAC system was that DAC reports were not the final word in accident benefits disputes. In the DAC system, Samworth observed, claimants’ lawyers could get their own medical assessment “and have somebody make a finding that they didn’t accept the DAC report.”

DAC assessment reports “carried no more weight” in arbitration or lawsuits than “the results of separate assessments hired by the parties to the dispute,” Insurance Bureau of Canada media and digital communications director Steve Kee wrote Tuesday in an email to Canadian Underwriter. “As a result, the DACs were not able replace the inefficient and costly practice of dueling assessments.”

When asked, a finance ministry spokesperson did not say whether the system announced December 5 will be like the former DAC system. But the spokesperson did write in an email to Canadian Underwriter that the new system will “focus on highly credible, neutral assessments” and that the province “will establish a panel of up to five experts” to provide guidance on how to implement measures announced Tuesday.

The plan is based on recommendations made by David Marshall, former CEO of Workplace Safety Insurance Board, in a report released April 11. Marshall recommended that a new insurance regulator establish independent examination centres (IEC), which “should be hospital-based,” and that recommended treatment plans should be binding both on the claimant and insurer.

Multiple assessments in accident benefits disputes “aren’t helpful to either side of the picture,” Samworth said Wednesday, adding she refers to Sousa’s announcement Tuesday as DAC Round 2.

“It’s got to be different than DAC Round 1,” she said. “You can’t have a system where it’s just another assessment. Because then the plaintiff’s lawyer will go out and hire a doctor to say this is wrong, and that opens it up for the possibility for an insurer to say, ‘Now we will hire a doctor.’ The buck has to stop somewhere, and that has to be a key aspect of this new system to make it work.”