A proposal to require Ontario lawyers and paralegals to disclose how they calculate fees is supported by The Co-operators Group Ltd. 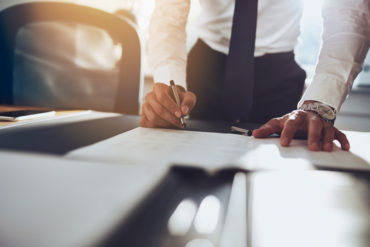 Bill 12 – An Act to amend the Law Society Act, the Insurance Act and the Solicitors Act with respect to referral fees, contingency fees and awards for personal injury involving the use of an automobile – was tabled Wednesday by Tim Hudak, the Progressive Conservative finance critic, former party leader and Member of Provincial Parliament for Niagara West – Glanbrook.

If passed into law, it would change the Solicitors Act such that an agreement with a lawyer or paralegal, on a fee arrangement, “must disclose how the fee is calculated. The disclosure must be consumer-friendly, namely in a clear, comprehensible and prominent manner.”

The Co-operators supports Hudak’s “proposal to bring greater transparency to fees charged by lawyers in these situations,” company spokesman Leonard Sharman wrote in an e-mail to Canadian Underwriter. “Claimants who seek legal representation have every right to fully understand the agreements they’re entering into, and these should be subject to consumer-friendly disclosure requirements.”

If passed into law, Bill 12 would also “cap contingency fees at a fair 33% as a consumer protection measure,” Hudak told fellow MPPs Wednesday at Queen’s Park in Toronto.

Contingency fees help clients get access to justice because both the clients and lawyers “share both the risks and benefits of advancing claims,” the Ontario Trial Lawyers Association states in its standard of conduct for excellence.

“Shouldn’t lawyers be required to submit to the Superintendent of Insurance all information about their fees – including contingency fee arrangements, disbursements, court-awarded and settled costs, and referral arrangements?” Ralph Palumbo stated in an IBC press release April 10, 2015. “Wouldn’t this be in the best interest of injured victims?”

In that release, IBC was commenting on a study released that day, titled Returns on Equity for Automobile Insurance Companies in Ontario. The study, commissioned by OTLA, concluded that Ontario consumers “may have overpaid” $3 to $4 billion for auto insurance between 2001 and 2013.

It was written by Fred Lazar and Eli Prisman, economics professor and finance professor respectively, at the Schulich School of Business at York University in Toronto.

But when calculating the industry-wide ROE for Ontario auto insurers, Lazar and Prisman omitted the insurers with negative ROE.

In its release reacting to Lazar and Prisman’s study, IBC argued that lawyers’ fees have a “significant impact” on the cost of auto insurance.

Hudak said Wednesday that Bill 12 proposes change the Law Society Act to “prohibit lawyers in auto insurance cases from receiving referral fees, except upon the successful completion of a claim.”

Commenting in general on referral fees, The Co-operators’ Sharman wrote that “there are actors in the system now who charge referral fees, but who add little or nothing of value to the system.”

Bill 12 also proposes to change the Insurance Act to bar personal injury lawsuits, arising from auto collisions, against any person for “any portion of the costs of any assessment, examination, test or report of a regulated health professional that exceeds $2,000 or such other amount that is prescribed by the regulation.”