P&C insurers can handle severe weather events, but for how long?

Canadian property and casualty insurers should be able to manage well financially for the time being, despite currently dealing with a pandemic and the fourth-most expensive natural catastrophe in the country’s history, says global credit rating agency DBRS Morningstar.

However, the agency warned that increasing costs of such events could make regions or certain perils uninsurable in the future.

DBRS Morningstar’s report, Severe Weather-Related Losses Compound Canadian P&C Insurance Companies’ Challenges in 2020, noted that the industry faced losses of $2 billion in 2018 and $1.3 billion in 2019 but still managed to see its overall combined ratios below 100% in both years, pointing to relatively strong underwriting results — even before investment income was taken into consideration.

“Although the losses this [Alberta hailstorm] event have caused are relatively large by Canadian standards, in DBRS Morningstar’s opinion the financial impact is still manageable for most P&C insurance companies, which in turn also rely on reinsurance programs to mitigate large natural catastrophes,” said Marcos Alvarez, senior vice president and head of insurance at DBRS Morningstar.

But when it comes to handling severe weather events with a pandemic already in the mix, the agency is less confident, especially for insurers that are smaller or not affiliated with an international conglomerate. 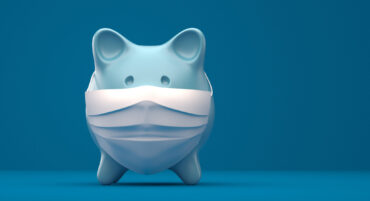 “We believe that the combined effect of COVID-19 and higher weather-related losses may push the combined ratio of the industry slightly above 100% by the end of the year,” the report warned. “Depending on the volatility of financial markets during the rest of the year, realized and unrealized investment losses could further weaken financial performance.”

The agency reported that the P&C industry came into the year with more than $24 billion in excess capital above the regulatory minimum — that means the industry had a minimum capital test (MCT) ratio of over 250%. A hard market has pushed rates up since 2019 and was expected to continue into 2021, the agency added.

“This provides an important buffer for the rising cost of severe weather-related events but raises questions about whether significant changes in loss trends could ultimately result in unaffordable premiums or restrictions in coverages in certain regions of the country,” the report said, noting that six of the 10 most-expensive severe weather events have taken place in Alberta.

It’s not the first time questions of insurability have been raised regarding the Prairie province.

C4 conference panellist Keith Hartry was the senior vice president and chief operating officer of Wawanesa at the time. He replied to Baker that people need insurance, so insurers have to find a way to make it work. But to do that, “it’s likely going to mean people will have to accept more exposure themselves than they are used to.” That could take the form of homeowners accepting higher policy deductibles, or risk mitigation measures.

This could pose issues for the P&C industry in the future, DBRS Morningstar pointed out, even though the industry has managed to navigate its way through higher losses and has strong capitalization.

“Insurability and affordability might become a question mark in the near future if the cost of natural catastrophes continues to rise for insurance companies,” the report said.