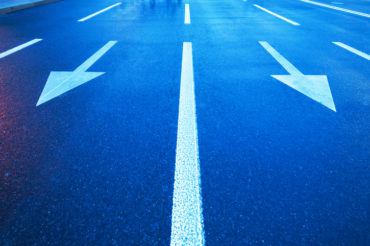 The Government of Manitoba has announced that Benjamin Graham will become the new president and CEO of Manitoba Public Insurance (MPI), effective Feb. 1, 2018.

Graham will succeed current president and CEO Dan Guimond, who announced his retirement plans earlier this year. Originally from Australia, Graham’s most recent appointment was as the head of risk for QBE Insurance Asia Pacific, headquartered in Hong Kong.

“Mr. Graham’s international expertise will bring new perspectives to the organization and ensure the Crown corporation is delivering industry best practice solutions within the public insurance context,” said Crown Services Minister Cliff Cullen. “I have no doubt the selection of Mr. Graham by the corporation’s board of directors will serve to strengthen and secure the long-term sustainability of the public insurance program in Manitoba.”

FirstOnSite Restoration, an independent disaster restoration services provider, has strengthened its team in Ontario with the addition of Brendan Murphy as director of client solutions for the Greater Toronto Area (GTA) and Sarah Crouch as client solutions manager for Ottawa/Gatineau.

Murphy will focus on key commercial accounts and new business in the GTA. Prior to joining FirstOnSite, he was the capital project manager for Ontario and Western at Timbercreek Asset Management, where he handled projects for 6,600 units.

Crouch will help grow business sin the national capital region of Ottawa/Gatineau. A bilingual, seasoned and successful business development professional, she has more than 10 years experience with investment properties. She will push FirstOnSite’s growth with government and other commercial accounts in Ottawa.

Travelers president and COO to retire on March 2018

The Travelers Companies, Inc. announced on Monday that Brian MacLean, president and chief operating officer, will retire after 30 years with the company, effective March 31, 2018.

“Brian has made extraordinary contributions to Travelers over a spectacular 30-year career,” the company’s chairman and chief executive officer, Alan Schnitzer, said in a press release on Dec. 18. “He has been an integral part of our leadership team for more than a decade, helping to build Travelers into the company it is today.”

XL Catlin announced on Dec. 14 that it has promoted Jay Lefkowitz to president of its global risk management business in North America.