A catastrophically impaired driver can claim expenses incurred for attendant care services provided by his mother, a personal support worker [PSW] who was not employed when she cared for her son at the time of his accident, an Ontario arbitrator has ruled.

Although the mother was not employed, she nevertheless qualifies a PSW because of the inclusion of the word “profession” in Ontario’s Statutory Accident Benefits Schedule (SABS), the adjudicator found, and also because she was seeking employment in her profession at the time. 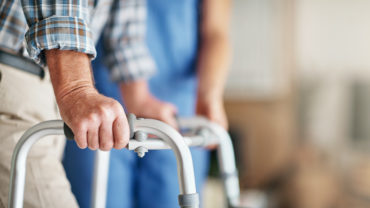 “The [insurer’s] argument was that the mother was not employed prior to the accident in a professional capacity as a PSW [personal support worker], and therefore she shouldn’t qualify,” Samworth said. “So in this case, because the mom started looking for work as a PSW 10 months after the accident and claims she was looking for work at the time of the accident, that qualified her as somebody who was actively engaged in her profession. The mother said she was looking for employment and that is the distinguishing feature.”

Section 3(7)(e)(iii) of the SABS states that to be eligible to collect incurred expenses: “the person who provided the goods or services (a) did so in the course of the employment, occupation or profession in which he or she would ordinarily have been engaged, but for the accident or (b) sustained an economic loss as a result of providing the goods or services to the insured person.”

In reviewing this section, Ontario Licence Appeal Tribunal (LAT) adjudicator Anna Truong agreed that the applicant’s mother was not “employed” at the time of the accident, but that this did not disentitle her, given the inclusion of “profession” in the statute.

At the time of the accident, the applicant’s mother had a diploma in the PSW Program at CJ Health Care College obtained in 2012 and had obtained her PSW Certificate in 2013. However, the insurer took the position that the applicant’s mother was not a professional service provider, as she had not worked in that capacity pre-accident and did not do so until 10 months post-accident.

Truong said in the decision that “with respect to the term ‘profession,’ I find the plain meaning of that word is a vocation with specialized training and/or certification. One does not necessarily need to be employed in order to have a profession.”

Samworth said she will be looking at future decisions to see whether arbitrators will narrow the scope about who counts as a service provider for the purpose of claiming incurred expenses. One factor would be the length of time an individual may be without employment as a service provider or other intervening employment. However, she said, LAT appears more than willing to expand the scope of individuals that could be considered professional providers for the purposes of attendant care.