Police in Saskatchewan will be on the look out this month for commercial vehicles that are not in compliance with safety requirements. 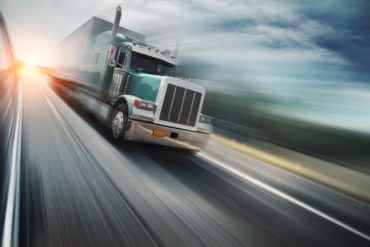 Saskatchewan Government Insurance (SGI) said in a press release on Tuesday that commercial vehicle safety is the province-wide traffic safety spotlight for the month of August. In addition to vehicles that are not in compliance with safety requirements, police will be looking for commercial drivers exhibiting unsafe driving behaviours.

“Regardless of who is responsible, in a collision with a big truck, the occupants of a passenger vehicle are more likely to be seriously injured or killed,” said Earl Cameron, executive vice president of SGI’s Auto Fund, in the release. “A fully-loaded truck can weigh up to 50 times more than a car, so other drivers need to be aware. The consequences of failing to safely share the road can be catastrophic.”

Commercial drivers and their vehicles are held to a high standard of safety, and in the majority of collisions involving a commercial vehicle the driver of the other vehicle is responsible, SGI noted. On average, 15% of traffic fatalities in Saskatchewan involve a large commercial vehicle, even though they account for less than 3% of the vehicles on the road. However, in 87% of fatal crashes involving a large truck, the action taken by the driver of the other vehicle was the major factor contributing to the collision, according to SGI.

“That’s why it’s so important to exercise extra caution driving with trucks and other commercial vehicles,” SGI said in the release. “Their larger size and increased weight mean a limited ability to stop, manoeuvre and quickly react in comparison to a regular passenger vehicle.”