Politicians at odds with industry over territorial rating

Using postal codes to determine auto insurance rates could come to an end if the Progressive Conservatives win the next Ontario election. 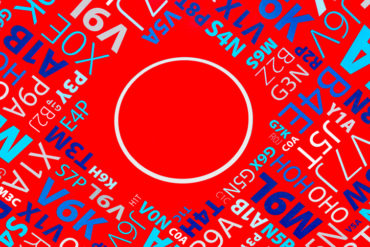 “Geographic discrimination should be eliminated while not raising rates on other parts of the province,” a spokesperson for PC finance critic Vic Fedeli wrote Friday in an email to Canadian Underwriter.

“Drivers living in Brampton, Vaughan and Mississauga face the highest insurance rates in the province and in the country. In order to fix this, it will likely mean a different form of rating in order to accomplish this.”

The Conservative position appears to be at odds with the industry’s position on using territory as one of several factors in assessing risk. Insurers have told their industry association, the Insurance Bureau of Canada (IBC), that territory is actually a good predictor of risk.

The industry has been warning for years of clinics invoicing insurers for services that were not actually rendered, staged collisions and other methods of fraud.

“This is the type of conversation that has come up in the past and is likely to come up in the future, until such time as we are actually able to reform the regulatory environment to allow for innovation,”  said  Pete Karageorgos, IBC’s director of consumer and industry relations for Ontario. “The system right now prevents insurers from being innovative.”

Karageorgos said the current rate filing procedure “handicaps insurers in their ability to respond in an innovative and quick manner, both adjusting rates upwards and downwards.”

Ontario auto insurers are required by law to submit proposed rates, along with supporting actuarial data, to FSCO for approval. FSCO and its actuaries then review the data and insurers’ assumptions regarding claims costs, expenses and investment income to ensure that proposed rates are not excessive and to not cause risk to the insurer’s solvency.

In addition to postal codes, Ontario auto insurers may also use marital status, gender and age as rating factors. But they are not allowed charge a higher rate if a driver has had an at-fault accident in which nobody was injured and the property damage was $2,000 or less. Insurers are also prohibited from using credit scores to determine auto rates.

If the Progressive Conservatives are returned to power in a provincial election next year, they say they would “direct” the FSCO “to stop accepting postal codes as a factor in setting insurance rates.”

When asked about its plans for Ontario auto insurance, if elected, NDP told Canadian Underwriter it “will end discriminatory insurance rates that hit low-income people the hardest.” When asked about which rates it considered to be discriminatory, the NDP spokesperson said merely that “We’re not making any platform announcements today. Stay tuned!”

Liberal Finance Minister Charles Sousa recently announced the government will instruct the auto regulator “to review risk factors used by insurers to calculate premiums with the goal of ensuring drivers in certain parts of the province are not subject to unfairly high rates.”

A “review of auto insurance pricing alternatives” was one of 35 recommendations released Apr. 11 in a report by David Marshall, a special advisor to Sousa on auto insurance reform.

“There are some 100 insurance companies providing auto insurance in Ontario with about 20 companies accounting for the majority of market share,” Marshall wrote. “Because of the built-in inertia and complexity of the rate approval process, insurers’ ability to respond to market changes and take advantage of opportunities for innovation and competitiveness is reduced.”