Post-Kenney, will the auto rate cap return after the next AB election?

Outgoing Alberta Premier Jason Kenney’s announcement last month that he will step down following a leadership review is raising concerns among brokers in the province about the possibility of another auto insurance rate cap.

In 2017, Alberta’s NDP government under then-premier Rachel Notley told the province’s Automobile Insurance Rate Board not to approve rate increases of more than 5%. After Kenney led his United Conservative Party to a majority government in the 2019 Alberta general election, the government let the 5% limitation expire.

Kenney narrowly won a leadership review in May, with 51.4% of the party’s support. He announced he would step down but stay on as premier and party leader until his successor is chosen. The next provincial election will be held on or before May 29, 2023.

Canadian Underwriter asked Barry Haggis, president elect of the Insurance Brokers Association of Alberta (IBAA), how the situation with Kenney will affect brokers in Alberta and if there is a concern that the province could see a rate cap as was imposed by the previous NDP government.

“This is obviously very up in the air and brokers and carriers are preparing for whatever comes as a result of the upcoming election,” said Haggis, who is also president of Young & Haggis Insurance Services Ltd. in Calgary. “There is a concern with the talk about the rate cap, as it had quite a negative effect when it was in place the last time. This is one of those things where it might look good to the consumer, but there are a lot of underlying factors that need to be considered.” 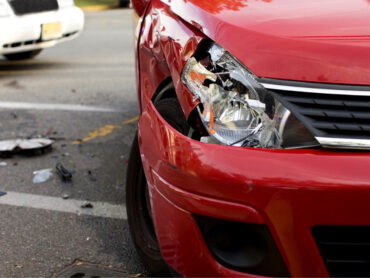 From a carrier perspective, the cap meant insurers could not raise rates to keep pace with escalating auto claims costs. Provincial brokers were concerned about the negative impact of the cap on consumers, including fewer insurance options as companies withdrew from the auto market and good drivers subsidized poor driver to make up for the rate shortfall.

Haggis reported IBAA has “already had discussions with the NDP to give them the broker perspective and shed light on some of these considerations, and I feel the conversations have gone well so far. Whichever party gets elected, the IBAA will be working closely with them to make sure the consumer is protected and the industry can be sustainable.”

In a wide-ranging interview, Haggis also discussed Alberta’s transition toward the direct compensation for property damage (DCPD) framework. Under DCPD, at-fault drivers claim from their own insurer for damage to their vehicle and its contents, rather that claiming from the at-fault driver’s insurance.

Brokers are still working through some challenges with the new regime, Haggis reported.

“The rates for DCPD between carriers can vary greatly, and some markets may be getting selected against for certain classes of drivers because of it,” he said. “We are only seven months into it, but in my opinion, claims are being settled faster, premiums are evening out and the discrepancy has caused a lot of remarketing. Time will tell if DCPD will have a positive effect in the province, but I am hopeful.”

Rob De Prius, national director of consumer and industry relations at Insurance Bureau of Canada, told Canadian Underwriter recently there may be some “unintended consequences” for commercial vehicles under DCPD.

“Many commercial fleets prior to DCPD would essentially be self-insuring the physical damage portion of their insurance, meaning [they wouldn’t purchase] the optional collision coverage,” de Pruis said. “And if they were involved in a claim, they would just pay that claim themselves.

“Because DCPD is now mandatory, and forms part of the mandatory coverages, that’s now included in their premium, where[as] a fleet owner may not want to have physical damage coverage.”

Haggis said IBAA is also working with the Insurance Brokers Association of Canada and carrier partners to push for more resilient building materials. “Some carriers are now offering endorsements that will rebuild or repair with more resilient building materials, so we are headed in the right direction. But this will have to continue to be a joint effort from the industry as a whole.”