How this province is limiting the scope of cannabis risk

Ontario will soon introduce legislation defining the scope of recreational marijuana use, just weeks before the federal government is scheduled to legalize pot on Oct. 17.

The governing Progressive Conservative Party is introducing a tightly-regulated regime in which municipalities will have an opportunity to opt out of having cannabis stores in their communities. In addition, marijuana use would be prohibited in enclosed workplaces.

The proposed legislation would ban smoking cannabis in places where smoking tobacco and using e-cigarettes would be prohibited. Exemptions would apply to enclosed workplaces such as long-term care homes, hospices and designated guest rooms in hotels, motels and inns. The maximum fines on conviction would be $1,000 for a first offence, and $5,000 for subsequent offences. 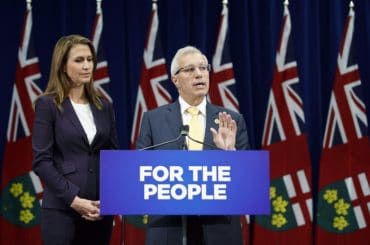 Insurance professionals in Canada have raised concerns about recreational drug use in the workplace. If passed, the legislation would address, in part, some employment and liability risks.

Municipalities would be able to opt out of having cannabis retail stores in their communities before Jan. 22, 2019. The province will also establish “distance buffers” separating these stores from schools.

The Alcohol and Gaming Commission of Ontario (AGCO) would become the provincial regulator authorized to grant cannabis store licences. The AGCO would have the authority to enforce compliance, including, if necessary, revoking licences from stores that fail to comply with the conditions set by the province.

The provincial government plans to introduce an online retail channel for cannabis, to be followed by a private retail model by Apr. 1, 2019. The Ontario Cannabis Store will be the exclusive wholesaler and distributor to private retail stores and will sell cannabis online with home delivery across the province.

The proposed legislation includes changes to the governance structure of the Ontario Cannabis Retail Corporation that would result in the agency reporting directly to the Minister of Finance. As a result, it would be no longer be a subsidiary of the Liquor Control Board of Ontario.

Details of the private retail store model were announced weeks after A.M. Best Company reported during its recent insurance market briefing for Canada that the insurance risk appetite for marijuana is “all over the map.” Raymond Thomson, associate director of the ratings firm, said some insurers want no part of covering risks related to cannabis, while others see opportunities if they can price it properly and mitigate risks.