This province to see stiffer penalties for distracted driving

WINNIPEG – Manitoba drivers who use a hand-held cellphone behind the wheel will face stiffer penalties as of Nov. 1.

Fines will jump to $672 from $203, and the number of demerit points will increase to five from two. 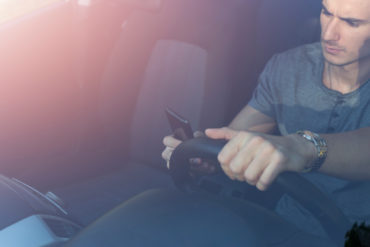 Infrastructure Minister Ron Schuler says drivers should take note that the changes, which were passed by the legislature in June, take effect in two weeks.

Schuler says the tougher penalties are more in line with those for impaired driving, because the potential consequences for distracted driving can be just as serious.

Schuler says 30 people were killed and 184 people were seriously hurt last year because drivers were using their hand-held cellphones or were engaged in other distracting behaviours while behind the wheel.