The Insurance Corporation of British Columbia (ICBC) is prepared to offer a blanket, usage-based insurance product, likely by next fall, if proposed legislation on ride-hailing passes before Christmas, as anticipated by the Premier, according to published reports.

However, the leader of the opposition Liberals, Andrew Wilkinson, said Tuesday he plans to introduce amendments that would allow private insurers to provide insurance for ride-sharing right away, a move supported by the Insurance Bureau of Canada (IBC). Wilkinson has asked for the support of the leader of the BC Green Party, Andrew Weaver. 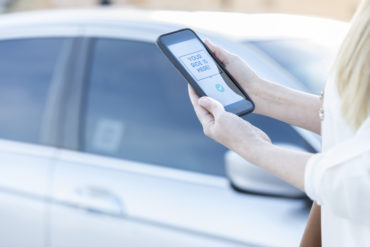 B.C. has a minority New Democratic Party (NDP) government, which came into power last year with support of the BC Green Party.

“As an industry, we will be actively watching the legislation to see if the other opposition party (the Greens) support the Liberals and pass these amendments,” said Aaron Sutherland, vice president of IBC’s Pacific region. “If the Green party supports them, that could ultimately come to pass and that would certainly remove any roadblock on the insurance side from getting ride-hailing services to British Columbians much more quickly.”

On Monday, the provincial NDP government introduced legislation that would allow ride-sharing companies to enter the B.C. market by next fall. If passed, the Passenger Transportation Amendment Act would amend the Insurance Vehicle Act and the Insurance Corporation Act to “ensure ICBC can develop new and innovative insurance products in time for fall 2019.”

“ICBC will be ready to deliver the blanket insurance certificate, which we anticipate will be usage-based, when the various detailed amended regulations are in place and a [British Columbia Utilities Commission] filing is approved,” ICBC spokesperson Joanna Linsangan told Canadian Underwriter Wednesday. “ICBC will be working with government, the ride-hailing industry, taxis and other stakeholders on detailed requirements to ensure a smooth transition.”

The public insurer reported it has been working with the provincial government on constructing an insurance approach that fits the ride-hailing industry model and has been working toward government’s fall 2019 timeline. “While ICBC is aware of what is going on in other jurisdictions, ICBC is working directly with government on a product that meets B.C.’s unique needs.”

Consumer demand for ride-sharing in the province, which dates back to 2012, could be met immediately by private insurers who already have ride-sharing services available in other provinces, said Sutherland. “The only thing preventing them from operating is ICBC’s monopoly,” he said in an interview Wednesday. “If we are serious about getting this done quickly, private insurers are certainly prepared to step in and fill that void.”

Rather than wait for ICBC to create another insurance product, which may take until the fall of 2019, “maybe it’s time to let another insurer in to provide this service in a more timely fashion to make sure that British Columbians have access to ridesharing services this year and we’re not forced with more delays,” Sutherland said.

“It’s kind of shocking to other Canadian insurers that see this, because this isn’t rocket science. The demand for ride-sharing in B.C. has been clear, it’s been clear for a very long time. Given the demand, you’d think ICBC would have developed a product and simply be waiting for the legislation to enable it. Instead, it seems like they’ve taken the opposite approach: they’re waiting for the legislation before beginning the work.”