Manitoba Public Insurance (MPI) has requested a 2.2% overall rate increase for the 2019-20 insurance year in its general rate application (GRA), filed with the provincial Public Utilities Board.

If approved, the average passenger vehicle owner will pay about $27 more in premiums per year as a result of the requested increase (or $2.25 per month). 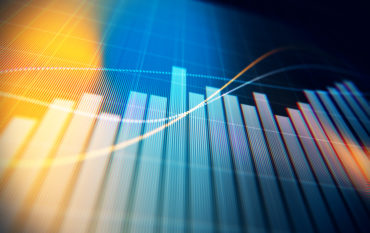 Ben Graham, president and CEO of MPI, said the overall rate increase is required to maintain the corporation’s rate stabilization reserve, which is used to absorb adverse financial results.

Operationally, the Crown corporation continues to experience higher physical damage costs directly related to newer-model vehicles, Graham reported. Over the past five years, collision claims costs have been growing about 5% annually, compared to the prior long-term average of about 2-3% annually.

“Newer vehicles have a wide range of complex materials and driver assist technology features which are costly to repair or replace after a collision,” Graham reported. “Understandably, newer vehicles of today are more expensive to repair than vehicles a decade ago.”

The corporation continues its focus on “fiscal prudence and cost containment,” having lowered its expense forecast by $6 million. This also builds on the forecasted staff and expense reductions identified in last year’s GRA. “The combination of corporate cost containment, combined with a reduction of weather-related comprehensive claims both contributed to this modest rate increase,” Graham said.

The 2019 GRA will also seek final approval of vehicle for hire (VFH) rates approved on an interim basis by the Public Utilities Board in January 2018. VFH rates are available to private passenger vehicle and light truck owners interested in offering rideshare services in accordance with municipal by-laws starting March 1. The rates also apply to existing types of vehicles for hire such as taxicabs, limousines and accessible vehicles.

If approved, a total of 547,166 vehicles (excluding trailers and off-road vehicles) will receive a premium increase in 2019-20. Thirty-nine-and-a-half per cent of the vehicles will see an increase of less than $50 per year, and 37.7% will see no change or a decrease in premium over 2018-19 rates.

Proposed rates will be effective Mar. 1, 2019. But since renewal rates are staggered, some vehicle owners won’t pay the new rates until Feb. 28, 2020.

In its annual report released last week, MPI reported a net income of $91.1 million. The corporation’s overall claims costs decreased by about $72.5 million compared to the previous year, primarily due to the fact that a significant actuarial adjustment was made in 2016-7. Fewer hail claims contributed to the decrease in claims cost, although offset by increases in collision and property damage claims over the same period.