La Capitale General Insurance and LEDOR Assurances could combine if a plan announced Wednesday is approved by regulators.

The two property and casualty insurers “have embarked on an initiative to amalgamate,” Quebec City-based La Capitale Insurance and Financial Services said in a release.

LEDOR is a mutual based in Sainte-Claire, about 50 km south of Quebec City. 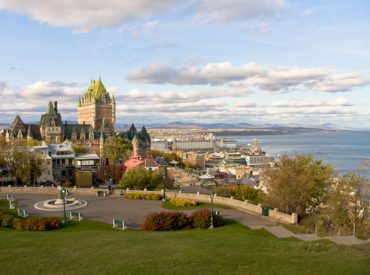 The majority (78.38%) of La Capitale General is – in essence – ultimately owned by La Capitale Civil Service Mutual, which has more than 312,000 mutual members, the firm said in its 2018 annual report.

“There were no links between the two companies before. The merger of LEDOR’s operations with La Capitale’s will gradually take place in the upcoming months,” the spokesperson told Canadian Underwriter.

The plans are subject to approval by regulatory authorities, La Capitale said Wednesday in a release.

La Capitale ranked third (behind Intact and Desjardins) in the Quebec P&C market in 2017, according to the Canadian Underwriter 2018 Statistical Guide.

For its part, LEDOR has more than 100,000 members and nearly 180 employees. It writes home, auto, business and farm insurance.

In 2008, La Capitale General acquired York Fire & Casualty Insurance Company from Kingsway Financial Services Inc. of Toronto, which announced in 2018 it plans to change its jurisdiction of incorporation from Ontario to the U.S. state of Delaware. In addition to York Fire, Kingsway at one time owned Jevco, which was bought in 2012 by Intact. Kingsway, which provides warranties for vehicles, fridges and air conditioners, no longer writes property and casualty insurance in Canada.

A transition committee has been set up to “do the ground work necessary” for an amalgamation.

Most Canadian mutual insurers are regulated by the provinces but a handful – Gore, Wawanesa and Economical among them – are regulated by the federal government. Two of those federally-regulated mutuals – North Waterloo Farmers Mutual Insurance and Oxford Mutual Insurance Company – amalgamated in 2016. The combined firm is known as Heartland Farm Mutual. Heartland continues to maintain offices in both Waterloo, Ont. and Thamesford, about halfway between London and Woodstock.