The cuts to mandatory auto accident benefits made in 2010 and 2016 need a second look, says Ontario’s opposition auto insurance critic.

“It’s something we need to re-examine,” Gurratan Singh, the New Democratic Party’s auto insurance critic, said Wednesday in an interview.

He was referring to the fact that mandatory accident benefits are lower now than they were in 2010. Eight years ago, Ontario vehicle owners had to buy first-party auto accident benefits insurance, with $100,000 in medical and rehabilitation benefits and $72,000 for attendant care. 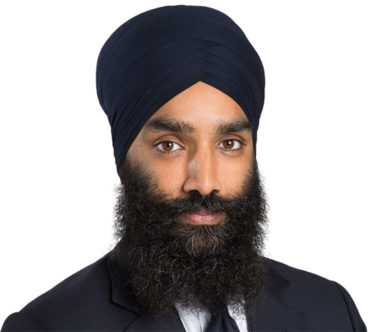 Those benefits were cut by 50% in 2010. A second round of cuts took place in 2016. Now, for accidents occurring on or after June 1, 2016, there is a single $65,000 limit – for medical, rehabilitation and attendant care expenses, for non-catastrophic injuries. The limits for catastrophic impairments were $1 million each for attendant care, and for medical and rehab. That changed – for accidents occurring on or after June 1, 2016 – to one single $1-million limit.

“We need to ensure that people get the coverage that they need if they get into an accident so they get taken care of,” Singh told Canadian Underwriter Wednesday.

The cuts were made by Charles Sousa – then the Liberal Finance Minister – in an effort to cut auto claims costs. The Progressive Conservatives defeated the Liberals this past June in the provincial election.

Asked Wednesday whether accident benefits should be restored to the 2010 level, Singh said he plans to “work with stakeholders involved to determine that specific number and find out where we need to go to make sure that every single Ontarian has the protections they need if they get into an accident” and require services such as rehabilitation, attendant care or income replacement.

“We need almost a complete overhaul of the auto insurance system in Ontario,” said Singh, who also tabled Oct. 16 a private member’s bill proposing that the Greater Toronto Area be considered one single territory for the purpose of determining auto insurance premiums. Ontario law allows insurers to use postal codes to determine rates.

A different private member’s bill – by backbench Progressive Conservative MPP Parm Gill – proposes to do away with territorial ratings altogether. Many private members’ bills get defeated.

Although the mandatory accident benefits coverage was cut in 2010 and 2016, motorists can still buy optional additional coverage.

Explaining the cuts and providing advice is a “perfect example” of how brokers can connect with clients, Brian Purcell, president of the Insurance Brokers Association of Ontario, said in 2017 at the IBAO Convention in Ottawa.

“How many brokers looked at [communicating the reforms to clients] as an unwelcome increase in workload and took the easy way out just to fire off an extra piece of paper in a renewal envelope?” Purcell said in 2017 during his incoming president’s address. “How many others took that as an opportunity to make personal contact with their client, review personal situations and uncover greater needs?”