A record number of merger and acquisition deals – 72 – were closed in the last two weeks of 2016, compared to just 48 deals for the same period in 2015, according to Willis Towers Watson’s (WTW) latest Quarterly Deal Performance Monitor. 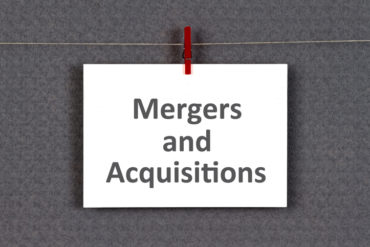 “Deals completed in the last two weeks, buoying up numbers in North America and Asia, specifically driven by a burst of activity in China, brought the year-end figures considerably closer than expected to last year’s deal volumes,” said Jana Mercereau, head of corporate mergers and acquisitions for Great Britain with Willis Towers Watson, in a press release on Monday. “The drop in outperformance of deals may be a sign of dipping investor confidence in the ability of acquirers’ to integrate diverse business models and realize long-term growth.”

Only completed M&A deals with a value of at least US$100 million were included in the research.

The most recent Quarterly Deal Performance Monitor, released by WTW in partnership with Cass Business School, noted that 2016 was a growth year for dealmakers, but fell short of 2015 results.

Based on conservations with clients and colleagues, Mercereau issued five predictions on the future of M&A in 2017:

“2017 will be a transformational year for dealmakers, as they seek growth opportunities,” she concluded. “Facing many challenges, including political and economic uncertainties, there will be an equal number of opportunities that excite M&A practitioners and will benefit successful companies.”