Regulator approves lower deductibles for commercial vehicles — with a caveat

Nova Scotia’s auto insurance regulator has approved Facility Association’s request to lower minimum deductibles for commercial vehicles, albeit with one significant caveat and a few “concerns.”

The caveat has to do with logistics. For Facility Association’s member carriers, the upshot is that the lower minimum deductibles for commercial vehicles will apply to all open claims where the loss was reported on or after Oct. 1, 2020, when the increased deductibles came into effect.

As for its “concerns,” the Nova Scotia Utility and Review Board wasn’t thrilled that Facility Association proposed to lower deductibles so soon after the board approved Facility’s June 2020 proposal to increase them.

“The Board…expects Facility to be more accurate in future applications when comparing its offerings to those of the standard [commercial auto] market so that reversing approved changes is unlikely to re-occur,” the board stated in its decision, released Mar. 25, 2021.

In June 2020, Facility Association — a market of last resort for insuring high-risk classes of drivers — received approval from the board to raise its minimum deductibles for commercial vehicles. These changes came into effect on Oct. 1, 2020. 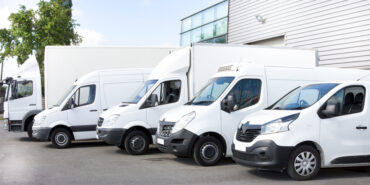 For heavier vehicles, the minimum deductible was a percentage of the list price of new vehicles, with the percentage increasing as the vehicle value bands increase.

One intended effect of increasing deductibles was to provide more incentive for brokers and heavy trucking operators to place their insurance with the standard commercial auto insurance market rather than with the facility market. However, the increase in the minimum deductibles had an unintended consequence, as the Nova Scotia review board observed in its decision.

“[Trucking and other commercial vehicle] operators who wished to lease a vehicle were unsuccessful because leasing companies refused to lease due to the increased minimum deductible,” the board noted in its decision. “As the [leasing company] is required to pay any deductible if a claim occurs, it appears that leasing companies viewed the risk that an operator could be unable to pay up to 25% of the list price new for a heavy commercial vehicle as too great.”

The board had no qualms about approving Facility Association’s proposal to lower the minimum deductibles. But it noted that the reversal of its June 2020 decision did raise some logistical issues.

For one thing, now that the Nova Scotia regulator has approved lowering minimum deductibles, the decision will not take effect until 100 days from the Mar. 25, 2021, decision. The 100 days allows Facility Association’s carriers to adjust their systems to reflect the lower minimum deductibles.

But what happens to the trucking and other commercial vehicle operators during those 100 days? Will they be getting the higher minimum deductibles or the lower ones?

Nova Scotia’s regulator agreed with Facility Association’s proposal to “read-in” the lower deductible during the 100-day interim period (i.e. between the date of the board’s Mar. 25 decision and the effective date).

“Doing this would mean that while policies will be issued stating the higher deductibles, the [Facility] carriers would be instructed to assume the lower minimums were in place,” the board noted. “Facility also said that it would make leasing companies aware of this approach so that operators would be able to seek leases recognizing lower deductibles.”

However, the board also expanded the “read-in” benefit to include all open claims in which the report of loss happened on or after Oct. 1, 2020 (i.e. after the higher deductibles came into effect).

Facility opposed this expansion of the “read-in” option because of “technical and administrative challenges if the newer deductible is to apply to open claims.”

Facility Association contended that the lower deductibles should apply only to claims in which the date of loss was reported on or after the date of the Board’s Mar. 25, 2021 decision, since this “will be clearer for all parties involved,” as the board stated.

But the board ultimately overruled Facility’s position on the open claims question. “The board does not consider that the ‘technical and administrative challenges’ Facility cites are insurmountable,” the board stated in its March 2021 decision. “When a currently open claim is settled, the board expects repayment, or an adjustment of a higher deductible can be made without significant difficulty.”