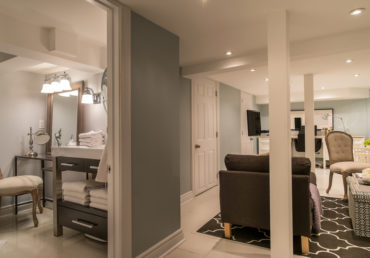 Vancouver and Toronto are both weighing imposing a number of restrictions on users, while Quebec, the first province to regulate the industry, may revamp its law in the near future.

“There are still a lot of misperceptions about what homesharing is all about,” said Alex Dagg, Airbnb’s director of Canadian public policy, warning about unintended consequences from rushed regulations.

Many homeowners or tenants use the platform to rent out a portion of or their entire home to earn some extra cash. Airbnb’s critics include the hotel industry that says hosts face less stringent regulations and don’t have to pay the same taxes, as well as those saying it has created additional housing problems in cities with low vacancy rates and high home ownership costs.

Dagg is in Vancouver to argue the American company’s case in front of a city council holding public hearings into a proposed home-sharing bylaw. If approved, it would take effect in April and require hosts to have a licence that costs $49 each year and to only rent out their primary residence.

In Oct. 2016, metro Vancouver’s vacancy rate was 0.7 per cent, according to the CMHC’s most recent figures. Meanwhile, the benchmark price for a property in the Vancouver area was $1,037,300 in September, according to the Real Estate Board of Greater Vancouver.

Dagg wants the city to consider allowing Airbnb rentals in some circumstances where a person’s primary residence is outside Vancouver. For example, if someone has a primary residence on Vancouver Island where they live on weekends but owns an apartment in Vancouver for work during the week, she said they should be allowed to continue renting that space on Saturdays and Sundays.

“It’s complicated,” she said, and the system requires carefully thought out regulations.

In Quebec, the provincial government has imposed numerous restrictions and Dagg said the company understands the provincial tourism minister will make some amendments this fall.

“It’s really designed in a way for much more professional operators,” said Dagg, while not reflecting a large, casual homesharing community. The law requires anyone renting a property via Airbnb and other online platforms for no more than 31 consecutive days to hold a permit and pay a hotel tax.

The city wants to allow people to rent their principal residence for no more than 28 consecutive days. It will also require hosts to register with Toronto at a cost of $40 to $150 annually. In November, the city will hold committee meetings to vote on the regulations and, if passed, the regulations will head to council in early December.

On Wednesday, Airbnb announced an arrangement with Neptune Waterpark Condos in Toronto that will allow residents to rent their primary residence in the building using Airbnb and receive a portion of the profit. It’s the first building in Canada to join the company’s so-called friendly buildings program, which had only operated in the States up to now.

The system could help ease some condo boards’ concerns about security if units are rented to travellers as it gives management access to a guest registry. Dagg said there’s “no reason” a similar set-up couldn’t work in Vancouver.

But she believes it’s too early to say whether Vancouver will side with the home-sharing industry and its proponents, or stick to its proposed bylaw. The public hearing is scheduled to continue Thursday.

Regardless, she said, it’s important to keep monitoring regulations once they’re in place.

“We’ll obviously continue to work with the city.”