Repair cycle times in Canada: Where it takes the longest to get a car fixed

Alberta is the only Canadian province where the average days billed for rental vehicles increased in 2020 Q4, according to a recent report. And it appears to be thanks to the almost $2 billion in insured damages the province suffered last year as a result of Fort McMurray flooding and the country’s worst-ever hailstorm.

Enterprise-Rent-A-Car provided data from the fourth quarter of 2020 that collision software company Mitchell International analyzed. The data included the number of days the vehicle rentals were billed on average while the customer’s vehicle was being repaired. The cycle time reporting was compared to the same period in 2019. The data exclude total losses.

Alberta saw an increase of 1.7 days on the length of rental (LOR), going up from an average of 12.1 days to 13.8 days. At the other end of the spectrum, Prince Edward Island saw a drop of more than two days (2.3) — from 11.5 average days billed in 2019 Q4 to 9.2 days during the same period last year. That was the biggest drop in the country. PEI was also the only province to have its length of rental below 10 days.

The increase in Alberta moved it to the top of the list when it comes to longest average length of days billed for rental vehicles. It surpassed Ontario, which dropped to second. In Ontario, length of rental went from 13.8 average days billed down to 12.3 days, a drop of 1.5 days on average. 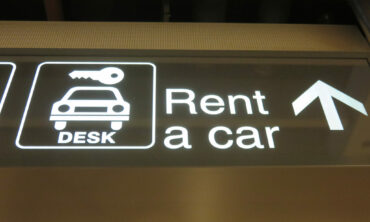 “While summer and fall of 2019 saw a number of weather events in eastern Canada that raised LOR last year, 2020’s lower results may also be due, in part, to the current pandemic climate with fewer damaged vehicles, leading to improved repair cycle time,” Mitchell’s report said.

Reduced driving is something LowestRates.ca has noticed. The site reported recently that it has seen an increase in quotes for drivers who no longer commute to work or have very low annual mileages. Fewer people driving and wanting lower-mileage insurance options is contributing to CAA Insurance seeing a rise in popularity for its MyPace pay-as-you-go product.

Mitchell noted that data comparing this year to 2020 could give greater insights into understanding how regional, provincial and national results were impacted by the pandemic. Furthermore, those numbers may indicate if a new baseline has been established for the future.