Marsh & McLennan Companies, Inc. (MMC) has reported that revenue for the United States/Canada division of Marsh was up to US$804 million for the second quarter of 2016 ending June 30, from US$760 in the same quarter in 2015. 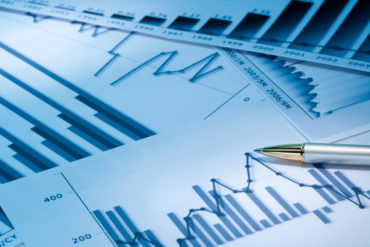 For the first six months of the year, revenue for the U.S./Canada division was US$1.505 billion, up from US$1.398 billion in H1 2015, MMC said in a statement on Thursday reporting its financial results for the quarter and half-year. 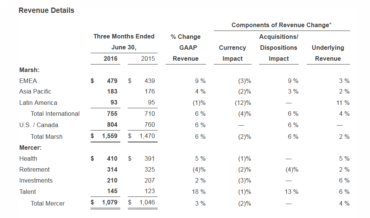 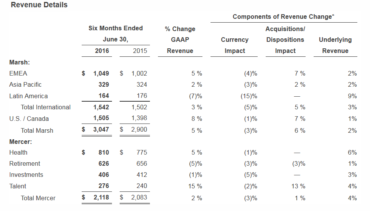 “Underlying revenue rose 3% on a consolidated basis, reflecting an increase of 2% in Risk & Insurance Services and 5% in Consulting,” MMC president and CEO Dan Glaser noted in the statement. “Adjusted operating income was up 14%, with both segments contributing double-digit growth. We continue to produce strong results as we help clients navigate global uncertainty. We expect to deliver underlying revenue growth, meaningful margin expansion and strong growth in earnings per share in 2016.”