Manitoba Public Insurance Corporation reported Friday its total earned revenues for the three months ending May 31 increased 3.7% year over year, while bodily injury claims were up $34.5 million year over year.

MPI, a crown corporation with a monopoly on compulsory auto insurance in Manitoba, said July 14 that net income was $38.9 million for the first three months of its fiscal year ending May 31. This, MPI reported, was a $31.4-million increase over the three months ending May 31, 2016.

“Total earned revenues for the first three months rose by $17.0 million from the same period last year, driven mainly by a 3.7 per cent increase in overall premiums approved by the Public Utilities Board effective March 1, 2017, and increases in motor vehicle premium revenue due to an increase in the number of motor vehicles insured and the value of these vehicles,” MPI said in a release. 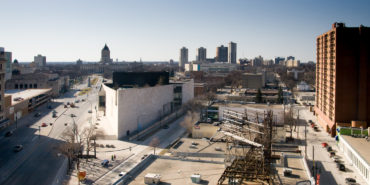 “The overall financial picture was affected by an increase of $33.7 million in total claims costs – including a $34.5 million increase in bodily injury claims and a $5.5 million decrease in physical damage claims compared to the first three months of 2016,” stated Peter Yien, MPI’s acting vice president, finance and chief financial officer.

Basic coverage also includes personal injury protection (covering medical, income replacement and other expenses) for Manitoba residents travelling in Canada and the U.S., among others.

It also covers visitors to Manitoba who are injured in an accident in Manitoba while occupying a Manitoba-registered vehicle. Also under basic coverage, the all-perils portion insures against collision, upset and other causes such as vandalism, theft, hail and fire.

In Manitoba, the Public Utilities Board has the authority to review and approve basic insurance rates. “This business comprises about 88% of the total business based on net claims incurred,” MPI said in its annual report for the year ending Feb. 29, 2107.

MPI said earlier it requested a 2.7% overall rate increase for the 2018/19 insurance year.

MPI prepares its rate applications for the public utilities board in the month of June for the following fiscal year commencing March 1.