Safety gadgets mounted on today’s slick new vehicles are creating headaches for insurers when it comes to the severity of auto insurance physical damage claims. 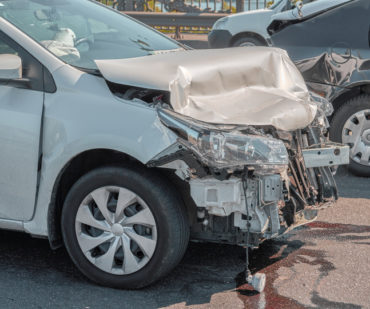 Why? Because it costs more to repair them when they are damaged in collisions.

Mitchell Canada reported in the Q3 edition of the 2017 Mitchell Auto Physical Damage Industry Trends Report that the average gross initial appraisal value was $3,790 in 2017 Q2 — a $190 increase from 2016 Q2.

Insurers are observing elevated repair costs based on all kinds of sensors are now placed in mirrors, bumpers and windshields of new cars. These sensors are supposed to prevent crashes, but that doesn’t always happen, as Aviva Canada told Canadian Underwriter.

“More safety technology has been introduced in newer vehicles such as automatic emergency braking, lane keeping assist and lane departure warning, yet we have seen an increase in rear-ended collisions in the past year,” Aviva reported.

That’s because what technology gives us with safety, it takes away with all kinds of distracting video and other tech doo-dads and toys in the vehicle.

“More technological advances, in-car gadgets and cell phone use could mean more distracted driving,” Aviva says. “The RCMP says that in four out of five collisions, drivers have their eyes off the road for just three seconds prior to crashing.”

In many car collisions, the mirrors, windshields and bumpers “are often the first [parts] getting damaged in car collisions,” Patrick Barbeau, senior vice president of claims at Intact Insurance, said in the company’s 2017 Q3 report. “We’ve seen the trend on those things accelerate in newer car models.”

Repair is more finicky because of the placement of the sensors in these exposed car parts, RSA Canada told Canadian Underwriter recently.

“Increased technology in vehicles has made repair significantly more complex and costly,” RSA Canada said in a statement. “This requires new methods, tools, training and technology. For instance, in 2010, the assembly of a bumper on a common SUV required 19 parts, while in 2017 the same vehicle has 49 parts in the bumper.”

Adds RSA: “The increased use of proximity sensors, blind spot monitors, back up cameras, and Xenon/LED headlights has also added to the complexity and cost of repair.”

The additional time it takes to repair the new technologies indirectly increases other costs in the repair process, says Barbeau. “When you think of rental cars, when it takes more time to repair [a damaged car], those [rental] costs go up as well.”

The complexity of the repair is also driving up costs because it takes longer to determine if the car is deemed to be a total write-off. When it’s a more complex repair, it’s tougher to identify up front if they will be repairable.

And so an insurance company may pay fees to tow and store a car, only to find out later that the auto cannot be repaired and is deemed to be a total write-off, Barbeau notes.