Emergency Management BC (EMBC) announced on Friday its endorsement of a one-year pilot project for the use of unmanned aerial vehicles (UAVs or drones) by search and rescue crews in Coquitlam and Kamloops.

Minister of State for Emergency Preparedness Naomi Yamamoto announced the endorsement, the provincial Ministry of Transportation and Infrastructure said in a press release.

UAVs have the potential to be valuable to emergency management personnel. An increasing number of search and rescue and public safety agencies in North America are using these tools to help ensure the safety and security of residents while keeping emergency personnel safe in their jobs, the release noted. 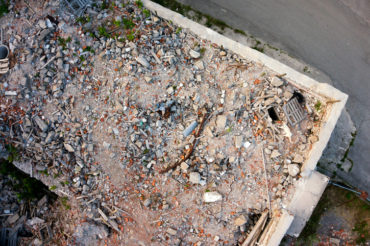 EMBC will ensure these tools are used in a way that takes into account privacy considerations, as well as ensure that they would be operating within Transport Canada regulations, the ministry reported.

This year, the province of British Columbia committed $10 million in funding, being distributed by the British Columbia Search and Rescue Association over a two-year period. “These funding allocations are given according to the needs of the local ground search and rescue teams to replace or update equipment, provide administrative support and pay for new or additional training,” the release said. This investment also builds on the $6.3 million the B.C. government is already providing annually to cover ground search and rescue operational costs for deployment, as well as training and equipment costs, and the insurance and liability for the members of the 80 groups serving throughout the provincial landscape.

Tom Zajac, vice president of Coquitlam Search and Rescue (SAR), said in the release that the organization is “always looking for new technologies and techniques that will improve our search capabilities or reduce risks for SAR responders. We are looking forward to being part of a joint effort to explore the potential of UAV technology to increase the capacity of SAR teams in British Columbia to operate safely and efficiently,” Zajac said.

Alan Hobler, search and rescue president for Kamloops, said that the city has been testing and training with these UAVs “for a while now” and is excited to apply this technology to real searches. “In some applications, UAVs will be a more effective means of searching terrain that would otherwise be difficult or impossible to search by traditional ground searchers,” Hobler said in the release. “Searcher safety is paramount for us and now we have a new tool that we can use in places or circumstances that may pose a risk to our searchers.”

Last year, the B.C. Wildfire Service contracted two commercial drone companies to soar above the Boulder Creek and Elaho fires near Pemberton and the Rock Creek fire just north of the Canada-United States border. The Canadian Press reported that the drones flew in areas where flames had already been doused, mapping fires and using thermal imagery to look for hotspots that could flare up again.