John Jones has been appointed as the new president of the Canadian Independent Adjusters’ Association (CIAA), the association reported Tuesday.

Jones assumed the role of 35th president of the association from outgoing president Sarah Hirst during the CIAA Annual General Meeting held Oct. 11 in Toronto. 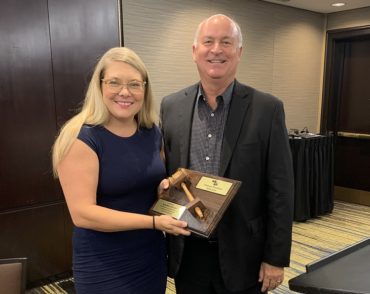 John Jones is taking over the role of CIAA president from Sarah Hirst.

“I am humbled and honoured by the membership’s confidence and I look forward to furthering the key strategic initiatives necessary for CIAA’s continued relevance and stature in today’s marketplace,” Jones said during the AGM.

With more than 30 years in the insurance industry, Jones is currently the vice president of business development and broker markets at Mississauga, Ont.-based Sedgwick Canada Inc.

According to his LinkedIn profile, he was also vice president of business development at Cunningham Lindsey beginning October 2014 (in April 2018, Sedgwick finalized its acquisition of Cunningham Lindsey and its subsidiaries). Prior to that, Jones was vice president of business development from 2001-14 at Granite Claims Solutions (GCS). GCS was acquired by SCM Insurance Services in August 2014 and is now part of ClaimsPro.

CIAA executive director Pat Battle said Jones “brings years of experience to the role of national president, as well as a passion and sense of duty to cultivate and promote the independent adjusting profession. He holds CIAA’s culture of fostering cooperation and collaboration in the highest regard and the association looks forward to fulfilling the changing needs of the adjusting community under his capable leadership.”