Is seven months too long to wait for car repairs?

A B.C. small claims tribunal has dismissed a driver’s claim that his repair shop negligently misrepresented the amount of time it would take to repair his vehicle.

Jizhou Zhang sought an award of $4,500 for the loss of use and enjoyment of his motor vehicle while it was being repaired at No. 1 Collision (1993) Inc. Zhang said he was told the vehicle would be repaired within two months, but due to an “inordinate delay” by the collision repair facility, he was without his vehicle for seven months. 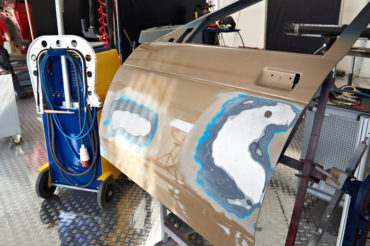 No. 1 Collision argued before British Columbia’s Civil Resolution Tribunal that there were delays in receiving parts and approvals from the driver’s insurer. The repair shop provided insurance documents showing that the vehicle had extensive damage and they ordered parts, some of which arrived about two weeks before the vehicle was delivered back to the driver.

“I find that [No. 1 Collision] exercised the appropriate level of diligence and care expected of a motor vehicle repair shop in estimating the timelines for repair of the vehicle,” wrote tribunal member Samuel Hyman in the decision, Zhang v. No. 1 Collision (1993) Inc., released Nov. 8. “Though there were estimates made of times, I do not find that they amounted to a promise as to when exactly the vehicle would be ready.”

Hyman concluded the collision repair facility did not negligently represent the timelines for repairs. “Further, even if they had shown that, I find [Zhang] has not proved that they relied upon this information to their detriment.”

The case dates back to Feb. 9, 2017, when the vehicle was delivered to the repair facility. On Feb. 28, the parties exchanged text messages saying it “takes about two months to repair once the parts are ready.” On May 13, the parties exchanged further messages, with No. 1 Collision advising that the vehicle would be ready in two weeks. Zhang argued this showed the repair shop had made representations that the vehicle would be complete well before September 2017.

The tribunal accepted Zhang’s belief that he would receive the vehicle back in about two months; he said he would not have brought the vehicle but for that timeline. The collision repair shop was responsible for his loss of use and enjoyment of the vehicle for four months in the amount of $4,500, he argued. But he “does not explain how [he] arrived at this figure,” Hyman wrote.

In addition, the driver did not contact the repair shop or vice versa after May 13, when a delay became evident.

“[Zhang] has not provided evidence that the later text message explaining that the vehicle would be ready in two weeks was relied up to their detriment,” Hyman wrote. “The vehicle was already in the repair shop, though the further estimate of two weeks was plainly incorrect, there is no evidence that the applicant was disadvantaged by it. In particular, there is no evidence that had they gone to any other repair shop at that point, the repairs would have been completed any earlier.”

More News
Related
A driver is convicted of assault after a collision. Is the vehicle’s owner vicariously liable for the crash?
Top 5 auto frauds in Manitoba last year
Intact sounds alarm on escalating collision repair costs
When keeping customer’s car keys is not “custody” of a car