Although mobile apps make it easier to rent rooms, some insurers have probably not considered the risks arising from short-term accommodations, speakers said Tuesday at Swiss Re’s annual breakfast meeting in Toronto. At the same time, they added, it should be fairly easy to insure the risks arising from short-term accommodations.

“Think about Airbnb,” Don Forgeron, president and CEO of the Insurance Bureau of Canada, told a crowd of insurance professionals during the meeting. “Today a lot of home and condo insurers may not have considered the increased risk exposure. That’s probably because most people don’t necessarily rush to tell their insurance reps when they are quite literally handing over the keys to their house to strangers they just met online.” 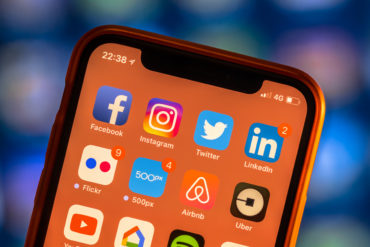 Products are available for the so-called sharing economy, “but it really is the broader question around usage-based insurance,” Edouard Schmid, group chief underwriting officer for Swiss Re, told reporters during a question and answer session after the meeting. “It’s more tailor-made, and really only covers you when you or something is at risk.”

“For any new economic arrangements you have, you need to understand the nature of the contract, the nature of the exposures,” Veronica Scotti, president and CEO of Swiss Re Canada, said of the sharing economy. With a service like Airbnb, “I think it would be fairly easy to find protection for, say, rental insurance. So you are renting and, instead of just renting for a year or six months, effectively you or renting for a day or two. That’s what happens with this kind of arrangement.”

Mobile apps and other new technologies were among the topics of discussion at Tuesday’s briefing.

With artificial intelligence, there is a “huge potential …  to take unnecessary cost out” of providing insurance, Schmid said. “If you add up all these steps – from distribution, policy, the administration, to the claims – I think it is fair to say the insurance product could be offered at a significantly lower cost base if you really get this right.”

In his opening comments, Forgeron referred to an IBC paper, An Innovation Agenda for Ontario’s Insurance Industry, which recommends that the province permit electronic delivery of insurance communications and transactions in cases where the consumer consents.

Banks let people deposit cheques, transfer money, and buy stocks using mobile apps on their smart phones. But in property and casualty insurance, Forgeron observed, “we continue to move along at a pace that must seem glacial” to consumers.

“We watch as longstanding businesses fall victim to new ways, powered by new technologies,” Forgeron said. “And yet, those of us who have been around our industry for a while may find ourselves thinking, ‘We’re safe. No one can do what we do.’ But isn’t that what newspaper publishers thought? And travel agents and cab drivers? Isn’t that what Kodak thought?”

More News
Related
Incumbent insurers should rethink businesses, embrace opportunity in digital technology: McKinsey & Company
Canadian p&c insurers should prepare for next wave of corporate M&A: Ernst & Young
Insurers must realign business to suit customer needs and expectations for the future, not the past: Majesco
Companies can come to grips with cyber risk, government back-stop may be needed for certain risks: Swiss Re