“There are a lot of MGAs and coverholders in Canada and if [brokers] are selling [marine], that’s where they should be selling,” Captain John Hosty, national director of marine services at ClaimsPro, said in an interview last week. “Rather than if you try to go straight to the London market, you’re probably going to get rebuffed, even by London brokers. 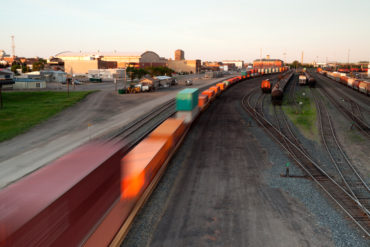 “Canada is a very attractive marketplace for Lloyds at the moment. I think the attraction is that the risks are better managed in Canada than they are in the U.S.”

According to Canadian Underwriter’s 2018 Stats Guide, net premiums written in marine insurance in Saskatchewan nearly tripled to $6.04 million in 2017, from $2.18 million in 2016. The line is small relative to others in the Saskatchewan market, but the year-over-year growth rate of 177 per cent certainly captures attention.

One of the possible reasons for the increase is that Saskatchewan is becoming “a bit of a transportation hub” because of its geographical location, especially when considering industrial areas outside of Regina, Hosty said. “I think that’s driving some of the increased business there.”

Insurance risk management in the marine business is generally not based on a scientific approach, but rather an actuarial approach. “So, if the losses exceed a certain value, they pull out of that market, at least for a while,” Hosty explained.

Hosty referred to certain underwriters and their MGAs pulling out of the pleasure craft business “because they took such a heavy hit down in the Carribean last year.” Some other insurers have pulled out of the cargo market because they sustained heavy losses on container ships, including due to container ship fines. “I’m sure they’ll re-enter the market eventually,” Hosty said.

“There are other London-based underwriters, syndicates and insurers of which we are aware that are moving towards cancelling, or certainly they are no longer issuing policies and they’re not renewing,” Hosty reported. At least two syndicates and maybe three, “are putting out the feelers in Canada. Of those, two for sure will be doing something in 2019.”