Canada’s insurers are developing a framework for insuring automated vehicles that is designed for handling auto claims quickly, regardless of whether tort liability arises from human error or a manufacturing defect in the automated vehicle. 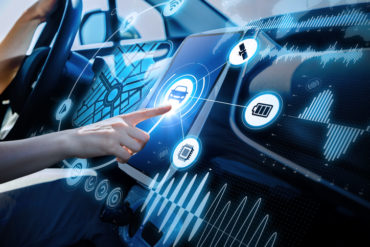 “We all know the automated vehicle revolution is coming with major ramifications for auto insurance,” David McGown, senior vice president of strategic initiatives at Insurance Bureau of Canada (IBC), said during the trade association’s annual general meeting Thursday. (He was delivering remarks prepared by IBC president and CEO Don Forgeron.)

“In the new paradigm, product failure rather than human error will become the key factor for liability coverage. And we must prepare for a messy transition during a time when fully automated vehicles will share the road with less automated ones.”

McGown said IBC is working closely with members to develop an integrated insurance framework for this “brave new world.” Canada’s association of home, car and business insurers initiated the framework in 2017.

The framework is intended as a guide to ensure that existing provincially-prescribed auto insurance products and supporting legislation are appropriate for establishing liability and facilitating claims arising out of collisions involving automated cars, Ryan Stein, IBC’s director of policy, told Canadian Underwriter in an interview after the AGM Thursday.

One key area the framework addresses is product liability. If a car is fully automated, for example, a car manufacturer may be at fault for a crash because the car itself was defective in some way. That raises issues in resolving an auto insurance claim, Stein noted.

“Product liability claims are more complex and take longer to settle than typical vehicle collision liability claims,” he said. “Do you want a person who is injured in a collision caused by an automated vehicle to go through a protracted period of uncertainty during the claims process?”

The answer to that is obviously no, Stein said. But while many injured Canadians may receive accident benefits, thousands of people also rely on the tort system to claim compensation. And insurers are looking for ways to quickly resolve automated vehicle tort cases involving questions of mixed liability.

To address this issue, the framework is partly modeled on a U.K. solution called the Automated and Electric Vehicles Bill. One key feature of the U.K. legislation is that injured victims are compensated first by the insurer for the automated vehicle, and then the insurer can try to recover any liability payments from the manufacturer, the technology provider, or whichever party caused the collision.

However, the framework developed by Canadian insurers differs from the U.K. model in three key aspects.

One is a data-sharing agreement with insurers, vehicle owners and manufacturers. “Right after the accident, insurers would be able to access the information to be able to interpret what caused the collision,” Stein said.

The two other differences include: