Slice Labs Inc., a technology company offering what it calls “the first on-demand insurance platform in the United States,” announced on Wednesday the launch of their homeshare insurance product in 13 states. 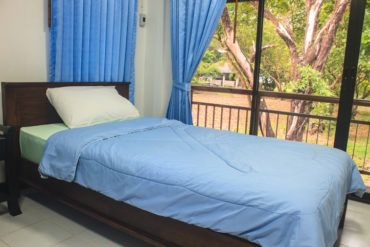 “Slice is now available in many of the most popular homeshare markets in the country,” Slice said in the release. “In fact, these 13 states had over 27 million homeshare bookings and over US$5 billion in homeshare revenue in 2016 alone, with an average nightly rate of US$162 across the states – Colorado having the highest average nightly rate at US$238.”

Homeshare hosts can purchase Slice coverage to coincide with their homeshare booking dates for as low as US$4 per night, the company reported. Coverage includes US$2 million in commercial liability, the full replacement of their property and a number of unique deductible free coverages that address hosts’ key exposures while renting their homes, such as theft, infestation, breakage of valuables and loss of income. “Coverage turns on and off in sync with bookings so costs align with revenue,” Slice said.

“As the first company to offer on-demand insurance without an application or any of the traditional bureaucracies, we are beyond pleased with the smooth launch and rollout to these thirteen key states,” said Tim Attia, CEO and co-founder of Slice, in the release. “We could not have done it without the valued partnership with insurance regulators. It’s nice to see how many people understand and see the need for this kind of insurance disruption.”

Slice has received regulatory license approval across the U.S. “With 40% of hosts stating they use the money they make renting their homes or rooms to help pay their mortgage or rent, Slice ensures a more secure revenue stream to offset expenses, so people aren’t putting their livelihood at risk,” the release said.

Slice, which raised US$3.9 million in seed funding in the first part of 2016, is backed by Horizons Ventures, XL Innovate, Munich Re and Tusk Ventures, and is headquartered in New York City. Slice is currently licensed to sell insurance in 50 states and the District of Columbia and is planning to expand coverage availability to these areas.