Slower consumer spending on big-ticket insurable items, as well as an aging population, will weigh on the outlook for Canadian insurance firms, according the Conference Board of Canada’s first outlook for the insurance industry. 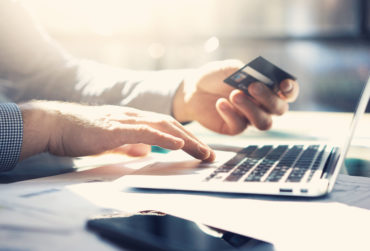 Canadian Industrial Outlook: Insurance – Winter 2017 found that overall, Canada’s insurance industry is forecast to grow by an average of 1.3% annually through 2021, the Conference Board of Canada said in a press release on Monday.

“Canadian insurance providers are facing a number of headwinds,” said Michael Burt, director, industrial trends, with the conference board. “Discretionary spending on items that require insurance, such as recreational vehicles and vacation properties, is expected to slow amid rising household debt, and weak employment and wage increases. In addition, Canadian life insurance companies face challenges associated with an aging population, including an increase in death benefit claims and shrinking premium collections.”

For the property and casualty industry, the Fort McMurray wildfire played a major role in a spike in claims. According to the conference board, the Fort McMurray wildfire led to claims reaching a historic height of more than $14 billion in the second quarter of 2016, a 27% increase from the same period in 2015. This resulted in two consecutive quarterly losses for the industry in 2016.

Once the claims from the Fort McMurray fires are settled, pre-tax profits are expected to recover to more traditional levels of $14.5 billion this year, the release said. Low interest rates will, however, continue to limit the return on investment for insurers, resulting in margins hovering just under 10% after the recovery, according to the conference board.

The report also noted that the insurance industry is going through significant transformations due to new technological tools. The emergence of big data and improved software are allowing for better risk assessment and pricing models. In addition, tasks such as claims processing are being automated and simple risks are now being calculated automatically reducing the demand for live agents and allowing firms to reduce labour costs, the release said. As a result, employment gains in the industry will be limited.

However, technological change is also increasing competition by opening the door for more insurtech start-ups. This should keep price growth below inflation and limit industry profitability, the conference board suggested.

The outlook for the Canadian insurance industry will be published two times per year.