Small business auto clients are taking this complaint to their politicians

John Vanthof, MPP for Timiskaming—Cochrane, is hearing from family-owned businesses that they are not able to find affordable insurance for newly trained and licenced tractor-trailer drivers. 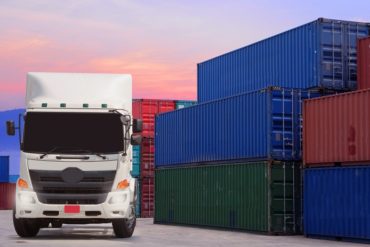 The course he refers to has been mandatory since 2017 for new AZ drivers. In Ontario, an AZ licence lets the driver operate a tractor-trailer weighing more than 4,600 kg with air brakes.

Newly licensed AZ drivers are not necessarily uninsurable but are being sent to the Facility Association if they don’t have three years’ experience, Vanthof reported.

The situation is affecting small firms in which an adult child of the owner gets their licence to drive large trucks with air brakes.

Some new AZ drivers paid about $18,000 for about 200 hours of training, Vanthof said in an interview.

If those new drivers worked for a large company, insurance would not be an issue for the driver personally because it would be the company – not the individual driver -who would have to buy the insurance, said Vanthof, who is also the Ontario New Democratic Party’s critic for agriculture and food and rural development.

One of Vanthof’s constituents – a family-owned firm that has one tractor-trailer unit to deliver containers – is concerned its firm will shut down. This is because the adult child of the owners cannot get insurance to drive the company truck without going through the Facility Association, Vanthof told the Legislature Wednesday.

“I am not criticizing the insurance companies. I am sure they look at what their level of risk is,” Vanthof said Friday in an interview with Canadian Underwriter. But he is calling on the government to do something.

“The province regulates the insurance industry and at some point something has to be done. In rural Ontario this really hurts. I am sure this is happening all over.”

Commercial auto losses are hitting the bottom lines of many insurers including The Travelers Companies Inc. New York City-based Travelers reported last month that higher loss estimates in commercial auto was a major factor leading to its 95.9% combined ratio for the 3 months ending Sept. 30.

The same issue came up a year ago during Travelers’ earnings call for the third quarter of 2018.

“It’s a line that has been challenged from a profitability perspective for a while,” Travelers chairman and CEO Alan Schnitzer said of commercial auto at the time. Some causal factors may include inexperienced drivers or more traffic on the roads, said Schnitzer.

“The fact of the matter is, it’s hard to isolate it to one or two things that we could pull out of our data and say, ‘It’s this,’” Schnitzer said of commercial auto.

For its part, Toronto-based Intact Financial Corp. reported Wednesday its commercial auto premiums were up 11% from $203 million in Q2 2018 to $225 million in the three months ending Sept. 30. But the impact of higher earned rates was offset by increased claims severity in commercial auto, Intact said.

In Ontario, strict commercial underwriting rules for new drivers is affecting some farmers, said Vanthof, who was a farmer until he was elected to office in 2011. He took his grain to the elevator using a farm tractor but knows many farmers who use large trucks.