Is the sun setting on auto insurance in Canada?

Is the sun setting on auto insurance as a dominant line of business in Canada?

Property lines premium is catching up to auto insurance premiums, causing many to predict that auto insurance will recede in the rearview mirror over the next few years. 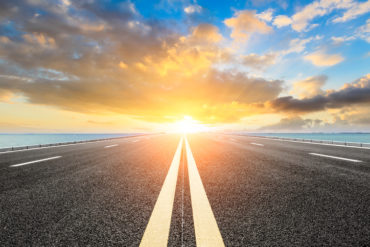 The ratio of auto premiums to property premiums stood at about 61% to 39% a decade ago, according to statistics from the Office of the Superintendent of Financial Institutions (OSFI). Canadian P&C insurers wrote $14.3 billion in auto insurance net premiums in 2007 compared to only $9.2 billion in property net premiums.

Back in 1999, auto comprised half of all direct premiums written, while property accounted for 31% of DPW, data from MSA Research show. Last year, auto accounted for 42% of DPW and property 39%.

So why is the proportion of auto business shrinking? Have the increased loss ratios the industry has incurred over the past few years caused insurers to rebalance their books of business? Will the safety features of automated cars mean there will be fewer accidents, reducing the need for auto insurance?

“It’s not so much that auto is shrinking (yet), but property is growing much faster as a line of business,” MSA Research president and CEO Joel Baker told Canadian Underwriter recently.

“As you know, more people in urban centres are forgoing getting a car and opting for transit or Uber/Lyft,” Baker said. “Some downtown condos don’t offer parking spots etc. Longer term autonomous vehicles will diminish the auto line further. I think it is safe to say that the sun is beginning to set on auto as the dominant line of business.”

Baker predicts the shift will happen sometime over the medium to long term.

Others aren’t quite so sure that autonomous vehicles will shrink the line as predicted. In a recent report, Bloomberg said it expects the rise of automated cars will simply shift the insurance from car owners/operators over to the manufacturers and technology companies.

Even if auto business diminishes, as some predict, new lines of business will likely rise to prominence.

Watch for cyber insurance and property/catastrophe insurance to emerge as two dominant lines of business in the future, Baker said in a presentation delivered to the Canadian Insurance Financial Forum (CIFF) in Toronto in May.