A $5.4-million lawsuit – initially filed against four Canadian banks – arising from fraudulent cheques requisitioned by the plaintiff’s employee, will be heard by the Supreme Court of Canada. 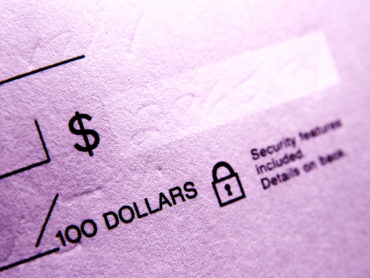 Canada’s highest court announced Thursday it granted leave to appeal to Teva Canada Ltd., a manufacturer of generic pharmaceuticals. Teva is out about $5.4 million after an employee requisitioned 63 fraudulent cheques. Two banks argued they were not liable for the common-law tort of conversion due to the “fictitious payee defence” under the federal Bills of Exchange Act.

Teva Canada initially sued the Bank of Montreal, TD Canada Trust, the Bank of Nova Scotia and the Canadian Imperial Bank of Commerce in Ontario for conversion. Scotiabank and TD Canada Trust are the parties in Teva’s appeal to the Supreme Court of Canada.

In a decision released in 2014, Mr. Justice Kevin Whitaker, of the Ontario Superior Court of Justice, ruled in favour of Teva. That ruling was reversed on appeal.

In a unanimous decision released Feb. 2, 2016, the Court of Appeal for Ontario ruled that if TD Canada Trust and Scotiabank can show that the fraudulent cheques were “payable to non-existing or fictitious payees,” then they have a “valid defence” to the Teva’s lawsuit.

The tort of conversion “is the wilful interference with the goods of another – that is taking, using or destroying these goods in a manner inconsistent with the owner’s right of possession,” Mr. Justice John Laskin of the Court of Appeal noted Feb. 2.

Teva applied in April for leave to appeal to the Supreme Court of Canada, which announced Aug. 18 it will hear Teva’s appeal.

A ruling released Nov. 21, 1996 by the Supreme Court of Canada – cited as Boma Manufacturing Ltd. v. Canadian Imperial Bank of Commerce – “remains the principal authority on” the Bills of Exchange Act, Justice Laskin noted this year in Teva.

The tort of conversion “is one of strict liability, and accordingly, it is no defence that the wrongful act was committed in all innocence,” Mr. Justice Frank Iacobucci, then of the Supreme Court of Canada, wrote in 1996 in Boma.

“If the customer is not entitled to the cheque which he delivers to his banker for collection, the banker, however, innocent and careful he might have been, would at common law be liable to the true owner of the cheque for the amount of which he receives payment, either as damages for conversion or under the cognate cause of action, based historically on assumpsit, for money had and received,” Justice Iacobucci wrote.

However, Section 20(5) of the federal Bills of Exchange Act – which stipulates that “where the payee is a fictitious or non-existing person, the bill may be treated as payable to bearer” – gives banks a statutory defence, under certain circumstances, to lawsuits under the tort of conversion.

The employee, Neil McConachie, had authority to requisition but not to sign cheques. He and his accomplices opened seven small business accounts (three at Scotiabank and four at TD Canada Trust) in the names of some of the payees.

So if TD Canada Trust and Scotiabank “can show that McConachie’s 63 fraudulent cheques were payable to non-existing or fictitious payees, they have a valid defence to Teva’s conversion action,” Justice Laskin added. “That is so because the bearer of the cheque is deemed to be the rightful payee, and the bank is thus not liable for negotiating the cheque.”

Section 20 (5) of the Bills of Exchange Act “allocates the loss to the drawer, who typically is better positioned to discover the fraud or insure against it,” Justice Laskin noted.

Teva had argued that the names of two payees invented by McConachie – PCE Pharmacare and Pharma Team System – “were similar to the names of legitimate customers of Teva, PCE Management Inc. and Pharma Systems,” Justice Laskin wrote. “Thus, Teva argues it plausibly believed these imaginary entities were real persons with a connection to its business.”

But the evidence “reflects that no one” at Teva “gave the names on the requisitions or the cheques any thought at all,” Justice Laskin wrote. “No officer or other responsible person at Teva considered the identity of the payees on the fraudulent cheques and formed an honest, though mistaken belief, that the named payees were legitimate customers or service providers.”

If corporations “do not put in place and follow a policy for approving the issuance of their cheques, and if they are then defrauded by an employee within their organization, their action for conversion risks being met with a successful fictitious payee defence,” Justice Laskin explained.

In the Boma decision 20 years ago, the Supreme Court of Canada ruled against CIBC, restoring a 1993 ruling of the B.C. Supreme Court.

Court records indicate that Boma Manufacturing Ltd. and Panabo Sales Ltd., which make and market souvenirs, were defrauded by their bookkeeper, who issued fraudulent cheques between 1982 and 1987. Those cheques were honoured by CIBC. Some of the cheques were made out to J. R. Lam.

The bookkeeper, Donna Alm, maintained three bank accounts at CIBC. One of those was in the name of her former husband, John R. Alm. Meanwhile, Boma had a sub-contractor by the name of Van Sang Lam.

One of Boma’s two shareholders and officers – Boris Mange – “was reasonably mistaken in thinking that ‘J. Lam’ or ‘J. R. Lam’ was an individual associated with his companies,” Justice Iacobucci noted. “Mange knew that one of the subcontractors retained by the companies was a ‘Mr. Lam’.  He did not specifically recall Lam’s first name, which, incidentally, was Van Sang. However, when Mange approved the cheques to ‘J. Lam’ and ‘J. R. Lam’, he honestly believed that the cheques were being made out for an existing obligation to a real person known to the companies.”

On behalf of the majority, Iacobucci wrote that CIBC ought to have treated the cheques as payable to order and not to bearer. CIBC had argued that it “would have been easier” for the plaintiff to have detected the fraud, and that Boma “should have at least adopted the “elementary precaution” of having someone else check the bank statements, or requiring a second signature on cheques, or having the books audited.”

However, the Supreme Court of Canada found that “contributory negligence” is “not available in the context of a strict liability tort.”

The two dissenting judges in Boma ruled that “what is determinative is that on an objective standard the payees were non-existent to the knowledge of the signor,” regardless of who signed them.

“If the payee on a cheque is a matter of pure invention and not a real person then the payee is non-existent,” Mr. Justice Gérard La Forest wrote on behalf of himself and Madam Justice Beverly McLachlin (chief justice of Canada since 2000). “There is no support for the position that this is a subjective test based on what the signor of a cheque believes is true; rather it is an objective question of fact — is the payee an invention of the employee?”