Do repair centres owe a duty of care to car thieves?

The Supreme Court of Canada recently announced it will hear an appeal from an auto repair centre that was successfully sued by a person who participated in the theft of a customer’s car from that repair centre and was injured as a result. 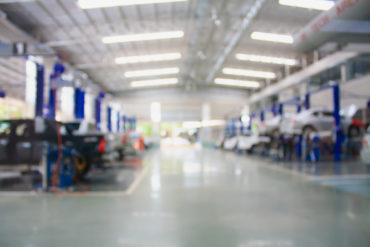 In a decision released in 2016, the Court of Appeal for Ontario ruled that Rankin’s Garage, of Paisley, owed a duty to care to an unnamed 15-year-old who was catastrophically injured in a vehicle accident.

The injured youth had met with two 16-year-olds on July 8, 2006. Along with one of the 16-year-olds, the plaintiff “walked around Paisley with the intention of stealing things from unlocked cars,” wrote Mr. Justice Grant Huscroft of the Court of Appeal for Ontario.

The plaintiff and the other teen found an unlocked Toyota Camry at Rankin’s Garage, with the keys in the ashtray. They decided to steal the Camry, with the 16-year-old driving. They drove towards Walkerton but got in an accident on the way.

In her instructions to the jury, Madam Justice Johanne Morisette said Rankin’s Garage owed a duty of care to the auto thieves. That ruling was upheld on appeal. Rankin’s garage applied for leave to appeal to the Supreme Court of Canada, which announced March 9, 2017 that leave to appeal is granted.

“It was foreseeable that minors might take a car from Rankin’s Garage that was made easily available to them,” Mr. Justice Grant Huscroft of the Court of Appeal for Ontario wrote. “Evidence that a vehicle had been stolen from Rankin’s Garage years earlier for joyriding, and that vehicle theft and mischief were common occurrences in the area, reinforces this conclusion. It is a matter of common sense that minors might harm themselves in joyriding, especially if they are impaired by alcohol or drugs.”

The Court of Appeal for Ontario cited the British House of Lords ruling, released in 1977, in Anns V. Merton London Borough Council. The Anns test was explained by the Supreme Court of Canada in its 2001 ruling in Cooper v. Hobart.

Robert Hobart, in his capacity as the Registrar under British Columbia’s Mortgage Brokers Act, was sued by investors who had advanced money to a mortgage broker.

The B.C. Supreme Court ruled that the lawsuit against Hobart could be certified as a class proceeding, but that ruling was reversed on appeal. The Supreme Court of Canada upheld the B.C. Appeal Court ruling.

“At the first stage of the Anns test, two questions arise:  (1) was the harm that occurred the reasonably foreseeable consequence of the defendant’s act? and (2) are there reasons, notwithstanding the proximity between the parties established in the first part of this test, that tort liability should not be recognized here?” wrote Chief Justice of Canada Beverly McLachlin and Mr. Justice Jack Major in Cooper in 2001.

The second part of the Anns test  is concerned with “the effect of recognizing a duty of care on other legal obligations, the legal system and society more generally,” Judges McLachlin and Major added.  “Does the law already provide a remedy?  Would recognition of the duty of care create the spectre of unlimited liability to an unlimited class? Are there other reasons of broad policy that suggest that the duty of care should not be recognized?”

In the appeal from Rankin’s Garage, Justice Huscroft wrote that based on Canadian case law, it is “well established that the duty of care operates independently of the illegal or immoral conduct of an injured party.

Justice Huscroft added: “The illegal or immoral conduct of a plaintiff operates as a defence to an action in tort only when the integrity of the legal system is at stake.”

1 Comment » for Do repair centres owe a duty of care to car thieves?