Canada’s highest court will decide June 1 whether it will hear an appeal from a major auditing and accounting firm that could face a trial this fall in a class action lawsuit filed by several banks over the bankruptcy in 2000 of a Hamilton, Ontario-based scrap metal and industrial waste recovery firm. 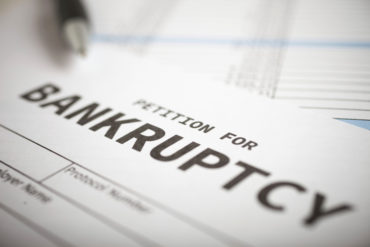 In 2004, an Ontario court certified a class action lawsuit – one of whose plaintiffs is the Canadian Imperial Bank of Commerce  – against Deloitte & Touche LLP and associated firms. The suit was in connection to loans to Philip Services Corp., which obtained bankruptcy protection in 2000.

Deloitte was previously sued for $118 million in Ontario for a special receiver for Live Entertainment Corporation of Canada Inc. The Supreme Court of Canada heard Feb. 10 an appeal by Deloitte of an award against it for $84.75 million in damages plus interest. Canada’s highest court has yet to announce whether it will allow or dismiss Deloitte’s appeal of the Livent suit, which arose from financial statements that had to be restated. Livent went into receivership and founders Garth Drabinsky and Myron Gottlieb were sentenced to prison.

In the separate class-action lawsuit against Deloitte, a trial before an Ontario court was scheduled this fall in connection with audits more than 20 years ago of Philip. Among other things, Philip operated a metals services division that collected and processed scrap metal. The president of that metals services division was sent to jail and Philip obtained bankruptcy protection after restating financial results from the mid-1990s. During that time Philip was publicly traded and audited by Deloitte.

In May, 1997 CIBC and other lenders committed to lending up to US$1.5 billion to Philip, Mr. Justice Paul Perell of the Ontario Superior Court of Justice wrote in a ruling released in 2015. A total of 39 lenders – including Bank of Nova Scotia, Toronto Dominion Bank and the Royal Bank of Canada – were involved in the deal.

Justice Perell’s summary judgement ruling was overturned on appeal. In a unanimous decision released Dec. 8, 2016, the Court of Appeal for Ontario ruled that a trial judge must determine whether Deloitte owed Philip’s lenders a duty of care. In February, 2017, Deloitte applied for leave to appeal to the Supreme Court of Canada, which is scheduled to announce June 1, 2017 whether it will hear Deloitte’s appeal.

CIBC “never advised Deloitte that it would be relying on the audit opinions for the purpose of deciding whether to make a loan to Philip,” Justice Perell wrote. “CIBC did not ask Deloitte whether or not the loan should be made or about the risks associated with lending to Philip, and it did not ask Deloitte how the loan should be structured in terms of its conditions and provisions about the use of the borrowed funds.”

Citing the 1997 Supreme Court of Canada ruling in Hercules Management Ltd. v. Ernst & Young, Justice Perell noted that accountants and auditors “have a duty of care to the corporation and to its shareholders (as a collective but not as individual investors)” but as a general rule to not have a duty to other parties, such as lenders, creditors and suppliers.

There are exceptions to that rule, Justice Perell noted.

In overturning Justice Perell’s summary judgement order, the Court of Appeal for Ontario found that a trial judge “should determine whether the factual matrix justifies the implication that Deloitte had accepted that one of the purposes of the 1996 audit was to provide financial disclosure to CIBC so that CIBC could decide whether to provide the credit that Philip required,” Justice Alexandra Hoy wrote.

In a securities filing in 2000, Philips noted that in 1998, it discovered unrecorded losses of US$92 million “arising from unauthorized trading of copper outside” of the firm’s “normal business practices.”

In 1998, Philip recorded a loss of US$1.6 billion and ceased making payments on various debt obligations. The firm had discovered that audited financial statements did not reflect about US$114 million in losses and adjustments.

In a ruling released in 2011, Robert Waxman, a senior officer of Philip’s in the mid 1990s, was sentenced to four concurrent jail terms after being convicted of fraud.

The Hercules ruling is the “leading case” on the liability of auditors to “non-clients who rely on their audit opinions,” Justice Hoy wrote last year.

In 1988, Ernst & Young was a defendant sued in Manitoba by plaintiffs alleging negligent preparation of audit reports of Northguard Acceptance Ltd. and Northguard Holdings Ltd., a firm that went into receivership in 1984. The shareholders’ lawsuits were dismissed, a ruling upheld on appeal all the way up to the Supreme Court of Canada.

In his 2015 ruling, Justice Perell summarized case history including Hercules.