An argument from a group of insurers and brokers – that construction contractors should not have a duty to inform subcontractors of the existence of a surety bond – has been rejected by the Supreme Court of Canada. 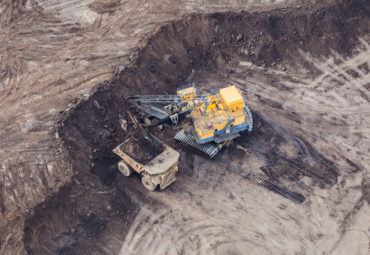 One of Bird’s subcontractors – Langford Electric Ltd. – failed to pay Valard (one of Langford’s subcontractors) in full. Langford had a labour and material payment bond, worth nearly $660,000, written by The Guarantee Company of North America, naming Bird as an obligee.

Essentially, The Guarantee was insuring Bird’s risk that Langford would fail to pay one of its contractors. Valard tried to make a claim on that surety bond but failed to provide notice within 120 days of not being paid, as stipulated by the wording of the bond. Valard did not learn of the bond’s existence until about seven months after the 120-day notice period expired. Valard sued Bird, arguing Bird had an obligation to tell Valard that the bond existed, without being prompted to do so. Bird argued it would have told Valard about the bond if Bird had been asked.

An Alberta Court of Queen’s Bench ruling in favour of Bird was initially upheld on appeal but overturned – in the Feb. 15, 2018 ruling – by the Supreme Court of Canada.

A payment bond “in a sense protects subcontractors because it assures that they will be paid,” but claimants do not pay premiums for payment bonds and ultimately the obligee is the “intended beneficiary,” SAC contended.

Making general contractors legally obligated to tell all potential claimants that a payment bond exists could discourage them “from requiring a payment bond on construction projects in order to avoid a potential liability arising from the duty to notify,” lawyers for SAC argued. “A reduction in the use of payment bonds would consequently reduce the possible recoveries by unpaid claimants.

The Supreme Court of Canada had a different take.

“Labour and material payment bonds serve the purpose of protecting owners and general contractors such as Bird from the risk of work stoppages, liens and litigation over payment,” Justice Russell Brown wrote on behalf of the majority. “For that purpose to be properly realized, however, a beneficiary such as Valard must be capable of enforcing the bond by claiming against the surety to recover for unpaid invoices. Put another way, where a beneficiary is unaware of its right to claim under the bond within the notice period, the bond’s trustee is susceptible to the very risks which Bird says the bond was intended to avoid.”