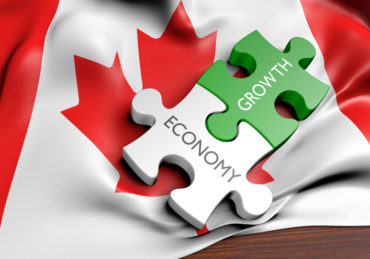 Fresh data released last week showed the economy expanded at an annual pace of 4.5 per cent between April and June – which followed an impressive jolt of 3.7 per cent growth in the first three months of the year.

Due to the strong momentum, several analysts are now predicting the Bank of Canada to hike its trend-setting rate Wednesday, instead of later this fall as most had expected.

Scotiabank’s Derek Holt is among those who moved up their rate call last week in large part because growth has been beating Bank of Canada forecasts for an extended period.

Others have begun to question whether the Trudeau government’s multibillion-dollar infrastructure commitment over the coming years could overheat the already-sizzling economy.

National Bank senior economist Krishen Rangasamy says Ottawa should consider delaying some of its planned infrastructure spending as the economy strengthens – otherwise the Bank of Canada may to forced to raise rates more aggressively.