Telematics subscribers using embedded systems to reach 170 million worldwide by 2021, from 26.5 million at the end of 2015: report 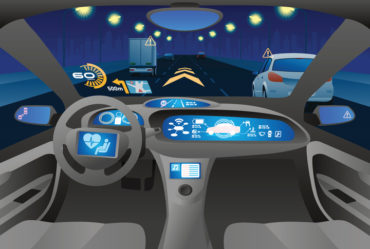 Berg Insight said in a press release that shipments of embedded car original equipment manufacturer (OEM) telematics systems worldwide will grow from almost 13.8 million units in 2015 at a CAGR of 25.1% to reach 52.8 million units in 2021. In Europe, uptake will increase rapidly due to the eCall initiative in the European Union and ERA-GLONASS in the Eurasian Customs Union, scheduled to be fully implemented in 2018 and 2017, respectively. 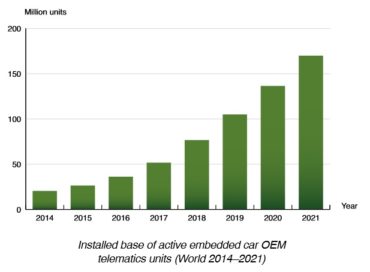 Berg Insight noted in the release that connected car services have evolved from being a “differentiating factor” to a “common feature” with a high attach rate among the premium car brands and are rapidly becoming increasingly common in mid-range vehicles. General Motors’ OnStar was launched 20 years ago and is today the market leader worldwide, with more than 7 million paying subscribers and well above 10 million active users in total. BMW includes telematics hardware as a standard feature on all its cars sold in 43 markets worldwide and has the second largest user base with 3.4 million equipped vehicles. PSA Group is in third place and manages 1.8 million connected vehicles in Europe, the released pointed out.

“Carmakers and car owners are starting to see the benefits of connected car services as a growing number of new vehicles are equipped with the technology,” said Jonas Wennermark, IoT/M2M analyst at Berg Insight. “However, the really exciting development will happen when we move from telematics services as an add-on to actually design a vehicle with connectivity in mind,” the release said, noting that starting with Tesla, several automakers have introduced vehicles with large dashboard touchscreens and the ability to receive over-the-air updates. “We have also seen Volvo and Bentley launch interesting concierge services for the premium segment, such as fuel-delivery to the customer’s vehicle,” Wennermark added.