How mixing marijuana and alcohol may lead to more settlements

With recreational marijuana legal in Canada since Oct. 17, 2018, social hosts and bars will need to pay attention to liability arising from people who are intoxicated by both marijuana and alcohol.

Traditional liquor liability cases can be complicated enough to determine fault, but the difficulty associated with testing for marijuana impairment makes determining liability even more tricky. 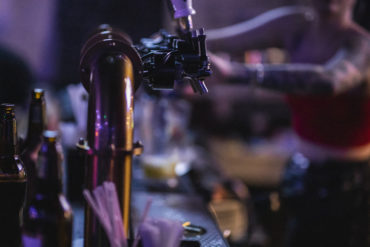 “You can attribute negligence to each [bar], but it’s difficult to do,” Bruce Johnston, executive general adjuster with ClaimsPro’s specialty risk division, told Canadian Underwriter recently. “The [claimant’s] got to be honest. A lot of times they’re not honest, because it’s in their best interest to deflect liability away from themselves. People don’t always remember what happened and their friends won’t necessarily want to cooperate with a statement or provide information because they may be doing illegal things – taking marijuana, drinking too much, or they’re impaired.”

People may even target establishments that they believe would rather settle than defend a case in court. “So, they are going to say, ‘We were at the fourth bar and we had a ton of drinks there,’ because that’s the one they figure there’s a lot of coverage from and it’s not very well-respected in the industry. They may say to themselves, ‘I may have a better chance of getting a settlement out of that.’”

The costs to defend such liability cases are significant, so sometimes it comes down to a matter of economics: bars or other establishments may just decide to settle. “When I talk to these bar owners, they get very upset about [having to settle] because they say, ‘I didn’t do anything wrong.’”

Larger companies tend to have more of an interest in settlements, Johnston said. Once it’s known that a certain company pays out, a person is “much more interested in making a claim there,” he said. “Large companies… are very aggressive in saying, ‘Listen, insurance company, we don’t want to pay this, we want to defend it. We want to move it forward because it affects our reputation down the road.’”