The downside for brokers of better commercial flood mapping

Insurers tend to have data on the claims history of commercial property, and they supplement that data with information from municipalities, said Michael Loeters, senior vice president for commercial insurance and risk management at Prolink. Moreover, the insurers are updating that with new climate data and this gives them better data – such as areas of the city that are more prone to sewer backup. 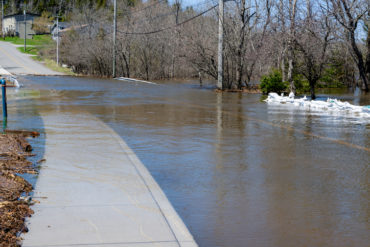 “They just know that if we have five centimetres of rain within an hour, these areas are where the water is going to pool and you are going to have an overland flood scenario,” Loeters said in an interview. “The insurers have been the primary purchasers of that data, not brokers.

“But I am telling you without a shadow of a doubt that, as brokers, we are going to have to invest in buying that same data because it is the only way we are going to be able to properly advise our clients,” said Loeters, who served in 2017 as president of the Toronto Insurance Council.

“We have to understand the issues before we submit it to the markets. If it’s going to be an automatic decline, I need to know that because I need to plan for it, and I need to find a different way to get my client covered.”

Loeters told Canadian Underwriter about one of his commercial clients who had two properties – one across the road from the other.

The carrier quoted one deductible for water damage on one building and a much higher deductible for the other building. This was because the insurer’s flood mapping data told the underwriter that one location would be okay but with the other nearby building, the first floor was at higher risk of having a water damage issue.

“Insurers now have the ability to highly customize coverage based on that data,” said Loeters. “Now there are going to be huge chunks of risks that will be deemed by the industry to be uninsurable that were insurable before, because the data tells the insurer that under the new climate scenario.”

As a broker, Loeters wants to be able to tell a client a building is not insurable before the client decides to lease space there.

“So the big issue for brokers going to be, how are you as a broker going to get access to the same data that the insurer has? As a broker, I want to know that information before I give it to the insurance company because we have to be proactive as brokers.”