The essence and future of WICC

Editor’s Note: This article is Part 2 of a two-part story honouring the 25th anniversary of the Women in Insurance Cancer Crusade (WICC). Part 1 appeared in Canadian Underwriter‘s e-Newlsetter on Tuesday, June 29.

Women in Insurance Cancer Crusade (WICC) first broke the taboo of talking about a cancer diagnosis in the mid-1990s, founded with a modest $15,000 candle fundraiser. Now, as a cancer diagnosis has become more widely discussed in Canada, the organization’s efforts in support of cancer research and treatment have developed into a nearly $1-million-per-year effort.

How did WICC become so popular within Canada’s property and casualty insurance industry? And what’s the next step for WICC?

In honour of the organization’s 25th anniversary this year, Canadian Underwriter put these questions to five WICC leaders, representing the group’s past, present, and future.

Yesterday, two of the leaders, Mabel Sansom and Linda Matthews, shared their views about the original intent of their efforts. Today, we add their insights with those of Ellen Moore, Garth Pepper, and Marilyn Horrick to reveal why this particular initiative took off and gained the widespread support of Canada’s P&C industry.

In a nutshell, WICC’s leaders say, the organization’s greatest strengths have been its local grassroots structure, its flexibility and inclusiveness over the decades, and its roots in the philanthropic nature of the P&C industry that supports it.

From the very beginning, WICC was founded on local initiatives taken by P&C industry professionals in various parts of the country. And one of the basic tenets of WICC’s leaders was to get out of the way of the local chapters’ energy, creativity and enthusiasm.

“[One advantage] of WICC was that there wasn’t an overriding board telling the other groups what to do,” Matthews said of WICC’s origins. “The Maritimes would have their own ideas of how they were going to support WICC. Alberta would have their ideas about how they were going to support WICC. There was nobody saying, ‘No, you can’t do that.’ Or, ‘You have to do that.’ It was up to the people who were involved in those [different regions] to make the decisions for their group.” 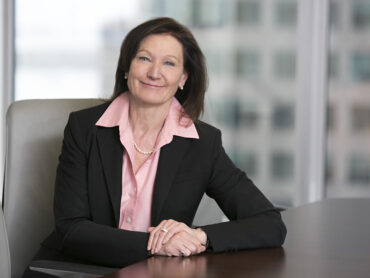 WICC has since grown into a national presence. For the past 15 years, a national sponsorship program has been in place, which has expanded to 18 members. But the organization still draws its energy and enthusiasm from its local chapters 25 years later. “To WICC’s credit, that has been a mantra that has remained, even as it’s grown,” says Ellen Moore, the co-leader of WICC from 2011 to 2020.

Moore notes that WICC’s size has increased substantially over the years, requiring some necessary changes to its architecture — website development, for example, D&O insurance, and a federated governance model. “But still,” she said, “the intent is to let the chapters springboard with best practices from the broader organization, but whatever works within their geographies. We all pay attention to trademark, language and things of a reputational nature. That is unique to the organization. And as it’s grown over 25 years and expanded so much, it’s been able to still feel intimate.”

WICC’s mandate has also proven to be flexible and inclusive over the years. For example, the organization recognized the need for open discussions around a prostate cancer diagnosis for men, which also was previously a taboo subject.

“One of the things that has made me particularly proud of WICC is how we have responded to changing times — for instance, moving from being strictly breast cancer [focused],” said Marilyn Horrick of Desjardins Group, who now leads WICC alongside Garth Pepper of Liberty Mutual Canada. Pepper is the organization’s first male to co-lead the WICC board.

“We stayed within that [breast cancer mandate] for over a decade,” Horrick explained. “And then we made the decision as a board in Ontario to say that we would [include prostate cancer]. In much the same way women were made to feel as if they couldn’t talk about breast cancer, men were in the same situation and [they were] not talking about prostate cancer. It was something that was affecting men in our industry in great numbers.

“The Canadian Cancer Society provided us with further documentation and encouragement to go in this direction. And we said, ‘This is the right thing to do.’

“Men from the very beginning have been supporting WICC, and it was great day when we were able to bring Garth [Pepper] on as our first [male co-chairman].” 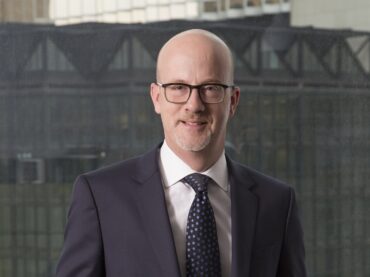 Pepper said he was “super flattered” to be asked to step in for Ellen Moore in 2020, when she moved on from her role on the board. “The challenge for Marilyn, myself, and the board, since [the pandemic started] over a year ago, is obviously, ‘How do we keep the wheels turning in the pandemic environment?’” Pepper said of WICC’s latest challenge. “The fact that the wheels not only kept turning but went beyond our expectations is amazing. It speaks to how WICC started, where it is today, and where it’s going to go.”

Ultimately, as Horrick points out, the main driving force of WICC may in fact be the philanthropic nature of the type of people who work in the P&C industry generally. Many are in the business because of a genuine, authentic desire to help people through a time of crisis.

The animating spirit of both insurance and WICC is to help people in times of need and crisis, as Horrick observes. “[Insurance] feels very much like giving back when someone is going through the worst time of their life and you are able to put that person back to what they were before,” she said. “It feels that same way giving a cheque over to the Canadian Cancer Society, because we know that will allow someone to have a round of treatment, or to have a better outcome for their cancer journey…

“The industry rebuilds lives after tragedy. And cancer is just another one of life’s tragedies. And so, it is a logical extension [for the insurance industry] to have created something that would fundraise to end this terrible disease.”

The Future of WICC

In total, WICC Ontario donations and events over 25 years – including its annual Gala, the WICC Relay for Life, the golf tournaments, and even the early candle sales — have raised a total of $10.6 million for Canadian cancer research, and more than $18 million has been raised across all chapters. In this milestone year, the organization has set a goal of raising $25 million by 2025.

The generous donations are definitely welcomed by the Canadian Cancer Society. But for many WICC leaders, the years, the true sense of pride comes from bringing a discussion of how cancer affects the lives of Canadians — including P&C professionals— out into the open.

“It’s really important to note that we’ve done a tremendous service to cancer research, and advancing those grants, and to advancing the actual medicine and efficacy of the treatment programs, making sure that people live longer and survive cancer,” Horrick said, summarizing WICC’s achievements. “It’s so important that we have advanced the conversation [about cancer], and we’ve made it something that we can talk about, and support each other.”