The firm that wants to launch ride hailing in B.C. this winter

VANCOUVER – Ride-hailing company Kater Technologies says it has officially applied for a licence that would allow it to operate in every region of British Columbia.

A statement from the company says B.C. is one of the last areas of North America without ride-hailing and the province now has an opportunity to introduce the service in the “right way.”

Kater CEO Scott Larson says the company hopes to launch operations across Metro Vancouver, Victoria, Nanaimo and the Okanagan by this winter, with operations in other B.C. regions rolling out over the next 12 months.

Kater is also proposing a system of pricing that would slide from a minimum of 90 per cent of current taxi rates to a maximum of 200 per cent, a range it says addresses consumer concerns about prices rising when demand is higher. 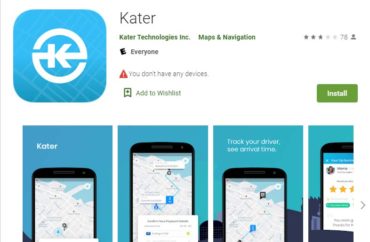 A coalition of nine Vancouver taxi companies has asked the B.C. Supreme Court to quash policies it says were illegally created for ride-hailing, arguing binding guidelines for ride-hailing services should not have been set before individual applications were heard.

Kater’s goal is to serve growing consumer demand while improving “inherent downsides” linked to other ride-hailing providers, Larson says in the statement.

The company says it will include approximately 250 wheelchair accessible vehicles in its network and will also use location-based pricing and driver incentives to encourage Kater drivers not to abandon suburban service during peak hours.

“Assuming that the Passenger Transportation Board approves our pricing model, our drivers are projected to earn at least $25 for every hour that they are active on the Kater platform,” says the statement.

Kater addresses congestion and pollution concerns by pledging that no more than 2,000 of its cars will be on the road at any given time.

Its statement says it also intends to integrate taxis into its operating platform, a move the company says will support the taxi services already in operation.