The aftermath of ‘firm action’ in Lloyd’s market

Eight Lloyds syndicates have closed and some clients insured by the London market are seeing premiums increase four-fold, the head of a major Bermuda insurer suggests.

“After some firm action by Lloyd’s in (2018), we saw the closure of eight syndicates and over 70 different announcements of exit or significant reductions in various lines from market participants,” Albert Benmichol, CEO of Axis Capital Holdings Ltd., said during a recent conference call discussing the carrier’s financial results. “This new-found discipline is having a tangible impact on risk appetite and pricing, and there are several anecdotes of price increases in the plus-100% to 300% range in the market. Of all the major lines, only terrorism and political and credit risk showed average price reductions in the quarter.”

Benmichol was discussing general trends in the global commercial insurance market and not the Canadian market specifically. 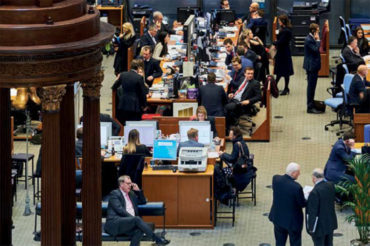 Axis, which has a Toronto branch office, reported in 2017 that it became a Top-10 Lloyd’s insurer with its acquisition that year of London-based Novae Group plc. Novae’s Lloyd’s syndicate writes a wide variety of coverages, including property, marine, construction and excess casualty.

In Canada, the Lloyd’s market placed fourth (after Intact, Aviva and Desjardins) in the overall P&C market in 2017 when ranked by net premiums written. Lloyd’s led both the aircraft and liability markets in Canada in 2017, with 33% and 23% market share respectively.

In the Lloyd’s market, the risks are underwritten by syndicates, many of which are owned by large carriers.

The Corporation of Lloyd’s does not place or write insurance but oversees the market. Lloyd’s has a “chain of security,” which is intended to ensure that clients get paid on claims. Though the syndicates are supposed to pay out on claims, the Lloyd’s chain of security includes a central fund, currently funded at £2 billion, which is intended to pay on claims in the event that the syndicates writing the risk cannot pay.

British law requires the Corporation of Lloyd’s to “prevent underwriting behaviour which threatens the Central Fund.”

In its interim financial report released this past September, the Corporation of Lloyd’s said its syndicates “are being asked to conduct in-depth reviews of the worst performing 10% of their portfolios, along with all loss-making lines, and submit their relevant remediation plans for approval as part of the 2019 business planning process.”

Roughly half of Axis Capital’s premiums come from commercial primary insurance with the remainder coming from reinsurance.