This aging infrastructure problem could force residents out of homes

A substantial number of Ontario residents are at risk of becoming temporarily homeless because they live in old high-rise buildings with critical infrastructure that needs to be replaced, a politician told Canadian Underwriter Wednesday.

“Across Toronto and across Ontario we have an aging stock of high-rise buildings that largely went up in the 60s and critical infrastructure in those buildings – whether it be electrical systems or the boilers, the elevators, the fire systems – are all coming to the end of their life span,” said Suze Morrison, the opposition New Democratic Party’s housing critic.

Morrison’s riding of Toronto Centre includes 650 Parliament Street, a high-rise apartment building that caught fire Aug. 21, 2018. The 1,500 or so residents are still unable to return home because the building remains under repair. 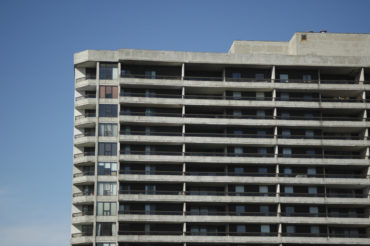 Morrison does not know how many of those residents have home insurance and whether they made claims for additional living expenses.

“A lot of people went to stay with friends and family in the initial days. Folks were on cots in two community centres for a number of weeks and then folks were slowly transitioned into temporary accommodations either in hotels or other apartments.”

Morrison is concerned there are other high-rise residential buildings with similar age and similar design with similar vulnerabilities.

650 Parliament Street – about a kilometre southeast of the Manulife Financial head office – is in a cluster of high-rise apartment buildings known as St. James Town.

The August, 2018 fire broke out in the electrical room and several additional small fires broke out on different floors, Morrison told Canadian Underwriter.

“Initially, people thought they were going to be able to come back home within a few days,” Morrison said.

But the latest word is they will not be able to return home until this August.

On April 1, Morrison tabled Bill 93, a private member’s bill known as the St. James Town Act. If passed into law it would makes some changes to the Residential Tenancies Act. For example, Bill 93 proposes to require landlords to deposit part of their rental revenue into a bank account earmarked specifically for building repairs. That would apply to complexes with 10 or more units.

“A fire like we saw at 650 Parliament is disastrous for the 1,500 people who have been displaced but it has also been a significant hardship for the landlord who is now having to deal with a really complex and costly restoration project to entirely re-wire a 30-storey building,” said Morrison.

“When we look across the city and across the province, it’s a substantial population that are living in these aging high-rise buildings. We need to make sure we are preparing to keep these buildings as safe as possible for people.”