As auto insurance premiums go up, Aviva Canada is going after healthcare providers and legal professionals who are conspiring to submit false or inflated claims.

Fraud is a “key” reason auto insurance premiums are rising in Ontario and the government needs to do more to stop it, Aviva said in an April 5 press release. The insurer is calling on the province to “accurately track and report on fraud and our progress in fighting it.” 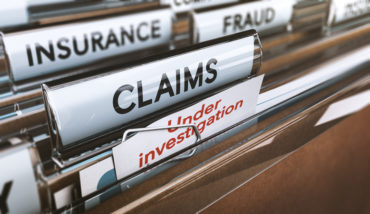 Thursday’s release included details of an undercover investigation Aviva started in 2014, culminating in criminal charges against a chiropractor, the chiropractor’s receptionist, and a paralegal working in the same office building as the health clinic.

Three weeks before publicizing its investigation into medical service providers, Aviva announced results of an undercover investigation in which it installed hidden cameras on cars purported to have been damaged in accidents. Aviva said it discovered some collision repair centres were inflating their invoices and some towing firms were billing for vehicles that were actually driven to the shops under their own power.

Following Aviva’s investigation into medical service providers, a paralegal pled guilty to attempting to defraud the insurer of $5,000 or less, Justice Charles Vaillancourt of the Ontario Court of Justice wrote in a ruling released in November 2017. The paralegal was sentenced to three years’ probation, ordered to pay $1,000 in restitution and to perform 100 hours of community service week.

In its victim impact statement, Aviva said fraudulent claims ultimately cause everyone’s premiums to go up because fraud costs insurers money. The total cost of the Aviva undercover investigation was well over $100,000, Justice Vaillancourt noted.

The investigation started when an individual insured by Aviva did not have collision coverage. That client lost control of his vehicle on Aug. 8, 2014. His passenger told him of a health centre where he could get money by submitting a false accident benefits claim.

But instead of going through with the fraud, the vehicle owner changed his mind, called his broker and said he wanted to stop the claim. The broker called Aviva and then Aviva sent investigators posing as uninjured vehicle accident claimants.

The investigators made claims for medical treatment, for which Aviva paid $2,400 each.

The investigators turned their files over to the Toronto Police Service.

The chiropractor pled guilty to fraud and was sentenced to a conditional sentence of six months, plus 12 months’ probation.

The chiropractor “was the man behind this entire adventure and was the primary beneficiary” of the fraud, Justice Vaillancourt noted.

The receptionist also pled guilty to fraud and was sentenced to probation for a year and ordered to pay $1,500 in restitution.

More News
Related
Marshall gives his take on the ‘real problem’ with auto catastrophic impairment coverage
Excluded drivers can still claim accident benefits, court rules
If a car is parked in the forest, is it fraud?
This percentage of consumers believe auto insurance fraud is an “accepted practice”