Tobacco lawsuit defence set back by Supreme Court of Canada

The Supreme Court of Canada has ruled against the maker of Marlboro cigarettes, which is being sued by the British Columbia government for the cost of treating smoking-related illness.

Part of the issue in question centres around whether the province has to turn over health care records to individual defendants.

Worldwide, lawsuits arising from smoking related illnesses have triggered claims under general liability policies dating back to the 1950s and have cost the tobacco industry hundreds of billions of dollars. 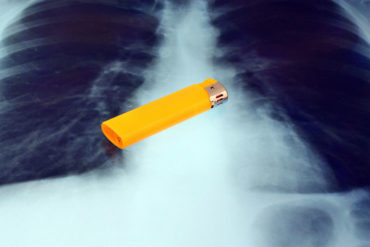 A lawsuit filed by the Ontario government – still before the courts – seeks damages of about $50 billion.

The subject of British Columbia v. Philip Morris International Inc., released this past Friday by the Supreme Court of Canada, was B.C.’s Tobacco Damages and Health Care Costs Recovery Act.

Under that law, the B.C. government sued Philip Morris (whose brands include Belmont, Chesterfield and Marlboro) and several other tobacco industry defendants, in 2001.

The July 13, 2018 Supreme Court of Canada ruling overturns a production order issued in 2015 by the B.C. Supreme Court. That order was upheld in 2017 by the B.C. Court of Appeal. In essence, the now-quashed production order had compelled the province to release anonymized data on health records of patients in B.C. The province intends to use that data as “statistical evidence in support of its claim on causation and damages,” Justice Nathan Smith of the Supreme Court of B.C. wrote in his ruling decision released May 20, 2015.

The appeal centred around how that evidence fits into section 2(5(b)) of the Tobacco Damages and Health Care Costs Recovery Act. That clause states that – with some exceptions – “the health care records and documents of particular individual insured persons or the documents relating to the provision of health care benefits for particular individual insured persons are not compellable.” This means the province does not have to turn this over to individual defendants.

One exception would be if the province has an expert witness providing an opinion to the court and that expert relies on the health care records.

But the 17-year-old lawsuit “has not yet reached the point at which production would be required as a consequence of reliance by the Province’s expert,” Justice Russell Brown of the Supreme Court of Canada wrote in its unanimous ruling released July 13, 2018.

In siding with Philip Morris, both the B.C. Supreme Court and appeal court had argued the documents sought by Philip Morris are “highly relevant” to the lawsuit and that restrictions on what data can be disclosed to the defence are “inherently unfair.”

But those courts “erred by allowing what they saw as the relevance of the aggregate databases to supplant the meaning of, and the legislative intent,” behind the provincial law, Justice Brown wrote July 13, 2018.

“Philip Morris declined because it would not allow for unfettered access to the databases and would also require the waiver of litigation privilege,” Justice Brown noted.

Philip Morris had 88 lawsuits pending against the firm as of Feb. 9, 2018, Philip Morris said in its annual report for 2017, released this past February.

More News
Related
Supreme Court to determine fate of Lloyd’s payment in $5.6-million shipping loss
Mechanic barred from suing employer over workplace injury
Three product ingredients that could cause large claims
When keeping customer’s car keys is not “custody” of a car